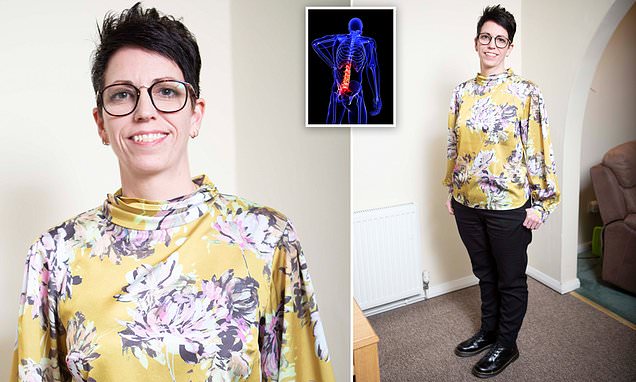 A new spinal device allows patients to switch between modes of pain relief to target discomfort. Helen Bird, 46, a learning support assistant from Essex, benefited as she tells CAROL DAVIS…

Getting out of my car one morning in 2005, I felt sudden agony in my lower back and left leg, from my buttock to my foot, and numbness down my right leg. I had suffered backache before, but nothing like this.

I saw the GP, who prescribed the strong painkillers co-codamol and diclofenac and referred me to a back specialist.

Three months later — during which time I was still in dreadful pain — an MRI scan showed that two cushioning discs which sit between the bones in the spine had worn away, so the bones of the spine were rubbing against each other. 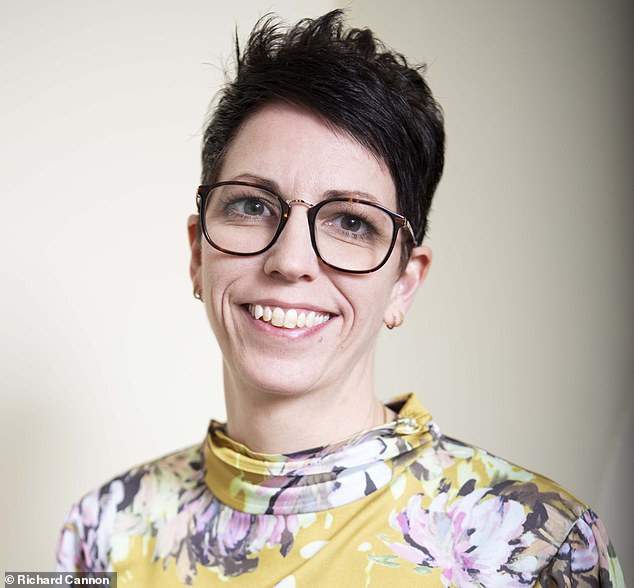 I walked with a stick, which took the pressure off a little, and tried to get used to being in pain all the time.

However, in 2007, the pain became unbearable, so I had surgery to remove the damaged discs and replace them with plastic spacers.

My back pain eased, but I still had horrendous nerve pain — sciatica — down both legs. I had to give up riding my motorbike, and could no longer drive a manual car.

Once my husband, Graham, got home, I’d spend the evening on the sofa while he looked after our children. The oldest was 12, and the twins were nine — but they were brilliant and learned to cook and care for me.

I’d be lucky to get two hours’ sleep a night because the pain woke me constantly, though I continued to take powerful painkillers. At work, they talked about reducing my hours because I struggled to stand.

Since there was nothing more the back doctors could do, they referred me to the pain management team, where I had radio-frequency denervation (where electric needles were put into my back to deactivate the nerves transmitting the pain), but the effects lasted only six months.

As time went on, I became desperate. So my pain management doctor suggested spinal cord stimulation, where they implant electrodes close to the spinal cord to change the way nerves transmit pain to the brain.

It sounded wonderful and, in January 2018, I saw Dr Simon Thomson. He was trialling a new implant that could be controlled so it blocked abnormal pain signals completely, or replaced them with a gentle tingling, or both. 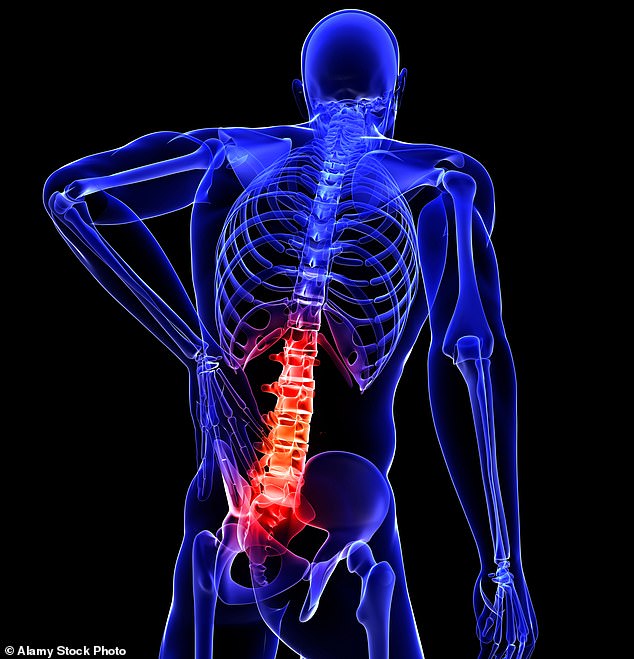 Around 8 per cent of Britons (five million of us) have chronic nerve pain, caused by trauma, surgery, infection, a virus, or diabetes

Last February, I had the 90-minute operation under sedation and local anaesthetic.

I lay on my front while wires were implanted close to the nerves carrying pain messages from my back and legs in my spinal cord, and I told the doctor when I could feel a tingling down the legs where the pain was. That meant it was working and placed in the right position.

Immediately afterwards, the chronic pain I’d had for so long disappeared, apart from a little discomfort in my right leg.

Now, I’m pain-free and, if it comes back, I can turn up the pain-blocking function using a remote control. If that doesn’t work enough I can turn on the ‘tingling’ function, which masks the residual pain as well.

I charge the battery in my back for 20 minutes each morning, through the skin.

I couldn’t be happier. I can play with my two little grandchildren, and can lift them, too — it’s been life-changing.

Around 8 per cent of Britons (five million of us) have chronic nerve pain, caused by trauma, surgery, infection, a virus, or diabetes.

Helen’s was caused by inflammation and scar tissue after her damaged discs had been removed.

WHAT ARE THE RISKS?

There is a 1 per cent to 2 per cent risk of infection, where the implant must be removed.

There is a rare risk of persistent headache (0.2 per cent) or nerve damage in the incision area (0.1 per cent).

There is a theoretical risk of paralysis. ‘One in five finds the battery uncomfortable, so we can move it elsewhere — for instance, to the chest,’ says Ganesan Baranidharan, a consultant in pain medicine at Leeds Teaching Hospitals NHS Trust and Spire Leeds Hospital. ‘Spinal cord stimulation can end pain and the need for strong painkillers.’

We can offer painkillers and give radiofrequency injections to partially destroy the nerves transmitting pain, but the nerves will regrow. However, spinal cord stimulation means we can block the way nerves transmit pain to the brain.

We do this using two leads with 32 electrodes, which we implant in the epidural space — between the vertebrae of the spine.

The leads are powered by an implantable battery around the size of a matchbox: we use the Spectra Wavewriter, as it’s one of the smallest and gives different ways of blocking pain.

At our hospital, we have just completed the HALO study, which showed we can reduce pain most effectively and using lower levels of energy by using different methods of stimulation simultaneously — masking it with a gentle tingling, or blocking it entirely.

Using less energy also means patients don’t need to charge the battery so often — sometimes as rarely as once a month.

The operation takes around 90 minutes under local anaesthetic — the patient is lightly sedated, so they can provide feedback throughout.

First, I make a 4cm incision in the lower back. Then I put a needle into the epidural space inside the vertebrae, and feed in the two leads with electrodes, which connect to the microcomputer.

Then I make a 4cm pocket in the curve of the back for the implantable pulse generator, which contains the battery, and secure it in place under the skin with a couple of stitches.

While patients used to have a trial first and a second operation to implant a battery, we now know this works, so patients have just a day-case operation.

By identifying the right patients — those who cannot be helped by an operation to fix the discs — we can now end pain in a single operation, with a low-maintenance device which will last at least 12 years.

CAN YOU RUN UP THE STAIRS? 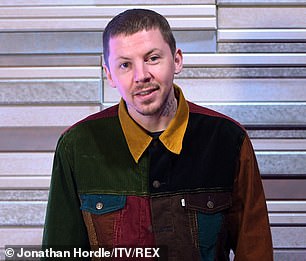 Definitely. I went to the gym four times a week until I fell during a seizure and fractured vertebrae in my neck a year ago. I couldn’t lift anything for 18 weeks and had upper body muscle wastage, but my legs are fine.

GET YOUR FIVE A DAY?

I take a probiotic every morning. I became interested in gut health after developing digestive problems following a hernia op in April 2017.

In 2013 I was crossing the road when a people carrier hit me. I ended up with a compression fracture from my left knee to my ankle.

EVER FELT YOUR MENTAL HEALTH HAS SUFFERED?

I had therapy for depression following the loss of my father to suicide in 2008, and the car accident in 2013. Seeing a psychologist has helped massively.

my teeth were so crooked I had the four front ones replaced with implants when I was 27.

It’s not a phobia, but I’m probably most scared of parts of me that I don’t really like. I try my best not to lose my temper now.

If I cut the end of my finger, say, I’ll whinge, but if something severe happens I just handle it.

I had acupuncture to help my stomach [after the hernia operation] but it made me moody.

Like my mum, I have haemophilia, factor VII [a blood clotting disorder]. I can’t take aspirin.

EVER HAVE PLASTIC SURGERY?

No. Trends change — people are going to be stuck with stuff they’ve done that they can’t undo.

WHAT KEEPS YOU AWAKE AT NIGHT?

I once had sleep paralysis [a temporary inability to move or speak upon waking]. It was one of the most petrifying things I’ve ever experienced.

The state the world is in at the moment? Quite possibly not.