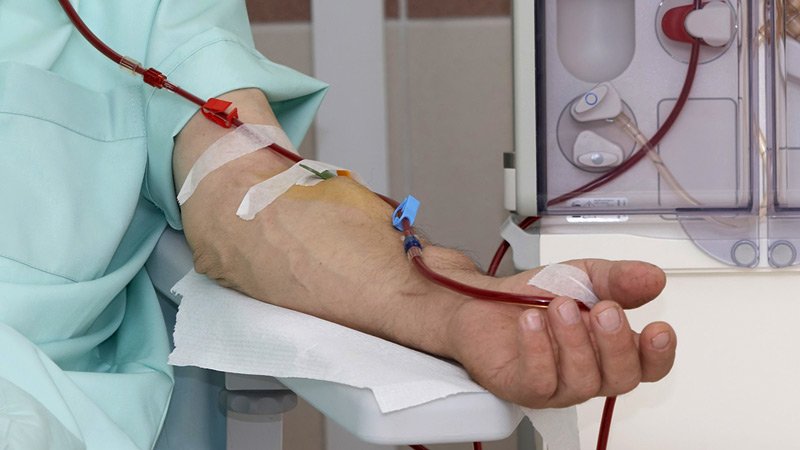 “Our study is the largest to describe longitudinal humoral response in a population that reflects groups most affected by SARS-CoV-2 infection,” write Shuchi Anand, MD, of Stanford University, California, and colleagues in a study published May 18 in the Annals of Internal Medicine.

“Nearly all seroprevalent patients in our study had evidence of an assay detectable receptor-binding domain (RBD) immunoglobulin (Ig) G response through the 6-month follow-up,” they report. “Most met our assay criteria for a high-level response.”

“We saw a slow and continual decline in median antibody levels over time but found no indication that subgroups with impaired immunity had a shorter-lived humoral response.”

The study involved 2215 patients from a nationwide sample representing 1200 dialysis centers throughout the United States. All patients had shown evidence of SARS-CoV-2 infection in July 2020 or earlier. Using plasma samples from routine monthly lab work, the authors analyzed monthly levels of RBD IgG levels for up to 6 months.

They found that as many as 93% (n = 2063) of the patients had achieved or maintained an assay-detectable antibody response, with an IgG index value of 1 or higher.

For 60% of patients, the immune response was classified as high (IgG ≥ 10), and 76% of participants within that group had a sustained response that remained high.

Median index antibody levels subsequently slowly declined from July to December 2020 (P < .001); however, there were no significant differences in the patterns of changing levels according to factors including age, sex, race/ethnicity, or diabetes status.

“Although we saw a widening in the distribution of these responses, the trajectory of the response did not vary by demographic (for example, older age) or clinical (for example, diabetes) strata that may have been expected to attenuate the adaptive immune response,” the authors report.

Of the 137 patients who did not show an assay-detectable response, however, there were some differences; patients were more likely to be White and either among the younger (18-44 years) or older (≥ 80 years) age groups. They were also less likely to have diabetes and hypoalbuminemia.

Data on antibody responses after COVID-19 in the general population are limited, and studies so far have shown conflicting patterns, with some reporting stable or plateauing antibody levels and others showing a rapid decline.

The new findings suggest something in between among patients on dialysis.

“Our analyses confirm persistence of antibodies among a large majority (> 90%) of persons over 6 months, but we do not have strong evidence for a plateau in RBD IgG response,” the authors write. “Rather, the response seems to show an overall slow and continual decline of the median.”

Previous studies that included people on dialysis who received influenza and hepatitis B vaccines suggest they have impaired humoral immunity compared with the general population; however, the new findings suggest more encouraging responses after COVID-19 infection.

“In our characterization of their response to natural SARS-CoV-2 infection…we did not find evidence of a shorter lived humoral immune response compared with the general population,” the authors write.

And “we found no differences in the durability of the response between men and women, and by other clinically significant strata,” they write.

Patients on dialysis who are hospitalized with COVID-19 are known to have a high mortality rate; therefore, those who formed the basis of this study — who survived infection and continued dialysis for the monthly assessments — may represent a healthier subset of patients, the authors note.

Although patients over age 80 were more likely to have low or no antibodies, the authors point out that, overall, most of those age 80 or older (204 of 227 patients) did mount a detectable response.

Importantly, however, the authors note that the role of the level and duration of antibody response in providing protection from SARS-CoV-2 reinfection remains unclear.

“Antibody titers are only one marker of immunity, and even persons with low-level or undetectable antibody response can mount a subsequent protective response on reinfection that abrogates symptomatic disease,” they conclude.