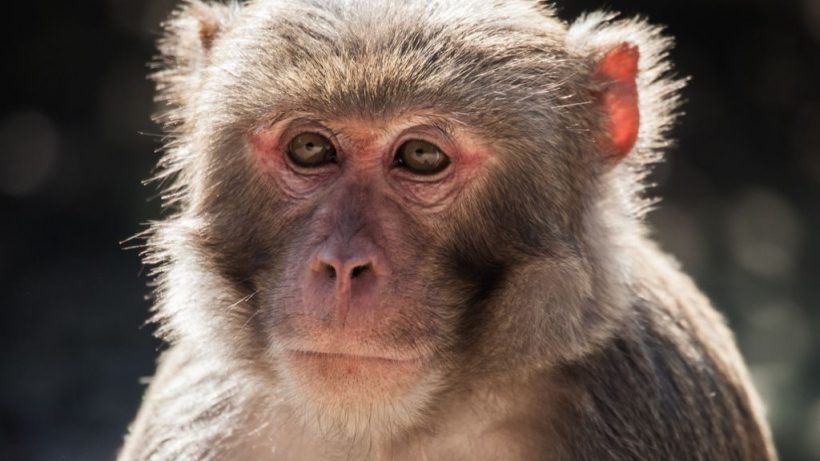 An experimental COVID-19 vaccine protected monkeys from catching the viral infection, according to an unreviewed report. The new vaccine has now entered clinical trials in China to test the drug in humans.

Although the animal study, posted April 19 to the preprint database bioRxiv, has not been subject to formal review, scientists took to Twitter to share their first impressions.

“So, this is the first ‘serious’ preclinical data I have seen for an actual vaccine candidate,” Florian Krammer, a professor in the Department of Microbiology at the Icahn School of Medicine at Mount Sinai, tweeted on April 22. Before being tested in healthy humans, vaccines undergo so-called preclinical tests in animals. The experimental vaccine, developed by the Beijing-based company Sinovac Biotech, showed promising results in rhesus macaques before entering human trials, Krammer noted.

Now in clinical trials, various doses of the vaccine will be given to 144 individuals to determine whether it’s safe, meaning it does not cause dangerous side effects, according to ClinicalTrials.gov. The vaccine would then move into efficacy trials with more than 1,000 additional people to determine whether it triggers an adequate immune response, Meng Weining, Sinovac’s senior director for overseas regulatory affairs, told Science magazine.

The Sinovac vaccine contains an inactivated version of SARS-CoV-2, the virus that causes COVID-19. By introducing an inactive virus into the body, the vaccine should prompt the immune system to build antibodies that target the pathogen without triggering an actual COVID-19 infection. When given to mice, rats and rhesus macaques, the vaccine sparked the production of such antibodies, according to the bioRxiv report.

“This is old-fashioned technology,” which would make the product easy to manufacture, Krammer wrote on Twitter. “What I like most is that many vaccine producers, also in lower–middle-income countries, could make such a vaccine,” he added in an interview with Science magazine.

To test whether the vaccine-generated antibodies would neutralize SARS-CoV-2, the research team collected samples from the mice and rats and exposed those antibodies to 10 different SARS-CoV-2 strains in test tubes. The distinct strains of SARS-CoV-2 were originally sampled from patients in China, Italy, Spain, Switzerland and the United Kingdom, and represent, “to some extent, the circulating populations” of SARS-CoV-2, according to the report.

The vaccine-generated antibodies were able to neutralize the various strains, suggesting that the vaccine could “exhibit potent neutralization activities against SARS-CoV-2 strains circulating worldwide,” the research team wrote. The finding that the antibodies could neutralize different strains “provides strong evidence that the virus is not mutating in a way that would make it resistant to a #COVID19 vaccine. Good to know,” Mark Slifka, a professor of molecular microbiology and immunology at Oregon Health & Science University, tweeted in response to Krammer’s thread.

After their test tube experiments, the research team tested how well the vaccine worked in rhesus macaques, a type of monkey that develops “COVID-19-like symptoms” when infected with SARS-CoV-2. Twelve monkeys received either a placebo treatment, a medium dose of the vaccine or a high dose of the vaccine; all the injections were delivered in three doses over two weeks.

Eight days after giving the final dose, the researchers introduced the SARS-CoV-2 virus into the monkey’s lungs through a long tube. While the virus replicated widely in the placebo group and triggered symptoms of pneumonia, all the vaccinated monkeys “were largely protected against SARS-CoV-2 infection,” the authors wrote.

Those in the high dose group fared the best: One week after being exposed to the virus, the high dose group showed no detectable SARS-CoV-2 in their lungs or throats. Some virus could still be detected in the medium dose group after a week, but the infection still appeared well-controlled. Given that vaccinated monkeys did not develop adverse side effects, the results “give us a lot of confidence” that the vaccine will work in humans, Meng told Science magazine.

Despite this apparent success, Douglas Reed, an associate professor of immunology at the University of Pittsburgh who was not involved in the research, told Science magazine that the number of monkeys included in the study “was too small to yield statistically significant results.” Reed also expressed concern about how the Sinovac team grew the coronavirus for use in the vaccinated monkeys, stating that the procedure could have altered the virus to be unlike the version that infects humans.

Barring more data, though, the small study does “[lessen] the concern” about certain side effects that could be elicited by a COVID-19 vaccine, Reed added.

The Sinovac team found that the vaccinated monkeys did not show adverse side effects, such as fever, weight loss or a phenomenon called “antibody dependent enhancement (ADE),” wherein the body reacts worse to a virus after vaccination, rather than developing protection. Previous vaccines tested against other coronaviruses in animals and the human coronavirus SARS triggered ADE in early animal studies, so there’s some concern that a SARS-CoV-2 vaccine might do the same, Live Science previously reported.

Even if the promising results in monkeys carry over to humans, “whether there is long-lasting protection remains a key question,” Lucy Walker, a professor of immune regulation at University College London, who was not involved in the research, wrote on Twitter. In other words, if the vaccine protects humans against COVID-19 infection, we don’t know how long that protection would last.

“But encouraging data [from the bioRxiv study]: no ADE, no obvious surprises,” Walker added. “Many vaccines are in development, increasing chances of success.”