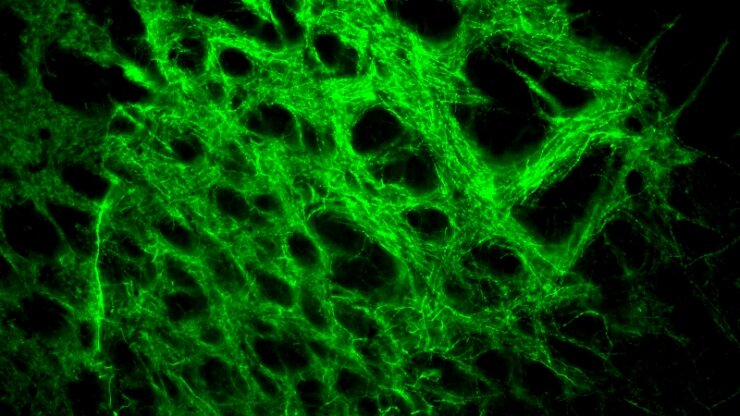 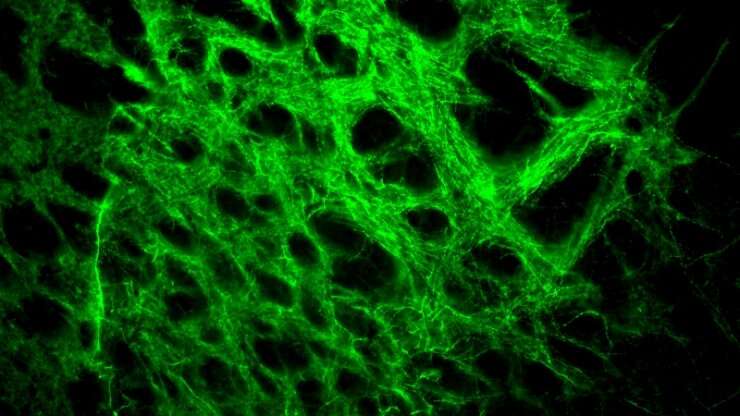 Biomedical engineers at Duke University have used deep brain stimulation based on light to treat motor dysfunction in an animal model of Parkinson’s disease. Succeeding where earlier attempts have failed, the method promises to provide new insights into why deep brain stimulation works and ways in which it can be improved on a patient-by-patient basis.

The results appear online on April 20 in The Journal of Neuroscience.

“If you think of the area of the brain being treated in deep brain stimulation as a plate of spaghetti, with the meatballs representing nerve cell bodies and the spaghetti representing nerve cell axons, there’s a longstanding debate about whether the treatment is affecting the spaghetti, the meatballs or some combination of the two,” said Warren Grill, the Edmund T. Pratt, Jr. School Distinguished Professor of Biomedical Engineering at Duke.

“But it’s an impossible question to answer using traditional methods because electrical deep brain stimulation affects them both as well as the peppers, onions and everything else in the dish. Our new light-based method, however, is capable of targeting just a single ingredient, so we can now begin teasing out the individual effects of activating different neural elements.”

In Grill’s metaphor, the meatballs are the neurons that make up the subthalamic nucleus, a small component of the basal ganglia control system that is believed to perform action selection. While its exact function remains unknown, research suggests that it holds muscular responses in check. The spaghetti in the bowl represents long nerve fibers called the hyperdirect pathway that extend into the region from neurons in the cerebral cortex, the thin outer layer of neurons responsible for most of the brain’s information processing. And the peppers, onions and other ingredients are the various types of support cells found throughout the brain.

As Grill suggests, teasing out the role all of these various types of cells plays in mediating the effects of deep brain stimulation is nearly impossible using traditional methods. Individual types of cells cannot be singled out by electrical stimulation, and the electric pulses blind researchers’ sensors for a crucial millisecond directly after firing.

In 2006, a team of researchers attempted to use optogenetics to skirt these issues. Optogenetics is a method of genetically modifying specific cells to express light-sensitive ion channels, allowing researchers to control their activity with flashes of light. The researchers embedded these light-sensitive ion channels into the subthalamic nucleus “meatballs” in rats and flashed pulses of light at the same rate used in deep brain stimulation. The treatment, however, failed to alleviate any of the rats’ physical symptoms, leading the researchers to conclude that stimulating the subthalamic nucleus on its own is an inadequate treatment approach.

But the study never sat quite right in Grill’s mind.

“Neurons being stimulated with optogenetics don’t generally respond very quickly, and it seemed to me that the researchers were flashing their lights faster than the neurons could keep up with,” said Grill. “The data bore this out, as the neurons appeared to be responding randomly rather than in sync with the flashes. And previous research that we conducted showed that random patterns of deep brain stimulation are not effective at relieving symptoms.”

It took more than a decade for Grill to be able to test his theory, but two recent developments allowed him to follow his hunch. Researchers developed a faster form of optogenetics called Chronos that could keep up with the speeds traditionally used in deep brain stimulation. And Chunxiu Yu, a research scientist with expertise in optogenetics, joined Grill’s laboratory. Also contributing to the work in Grill’s laboratory were Isaac Cassar, a biomedical engineering doctoral student, and Jaydeep Sambangi, a biomedical engineering undergraduate.

In the new paper, Yu embedded the Chronos optogenetics machinery into the subthalamic nucleus neurons of rats that have been given Parkinson’s disease-like conditions in one-half of their brains. This model helps researchers determine when a treatment is successful because the resulting physical movement symptoms only occur on one side of the rat’s body. They then delivered deep brain stimulation using light flashes at the standard 130 flashes per second.

As Grill first suspected nearly 15 years ago, the technique worked, and the rats’ physical symptoms were substantially alleviated.

According to Grill, their result has several important implications. One is that researchers need to consider the kinetic properties of how rapidly optogenetic approaches can act when designing their experiments and pay close attention to performance in their studies. Another insight was the way that other neurons outside of the subthalamic nucleus responded to the treatment. While there was not a large difference in their average activity levels, there was a dramatic shift in the pattern in which those neurons fired, which offers clues as to how deep brain stimulation works.

But perhaps the most important result is simply that the technique worked at all. Besides offering a much clearer look at neural activity by removing electrical artifacts, the ability to deliver deep brain stimulation to precise subsets of neurons should allow researchers to begin probing exactly which parts of the brain need to be stimulated and how therapies might be tailored to treat different motor control symptoms on a case-by-case basis.

As their next experiment in this line of research, Grill and his colleagues plan to recreate this same study but in the hyperdirect pathway—the spaghetti instead of the meatballs—to see what its individual contribution to relieving symptoms might be.