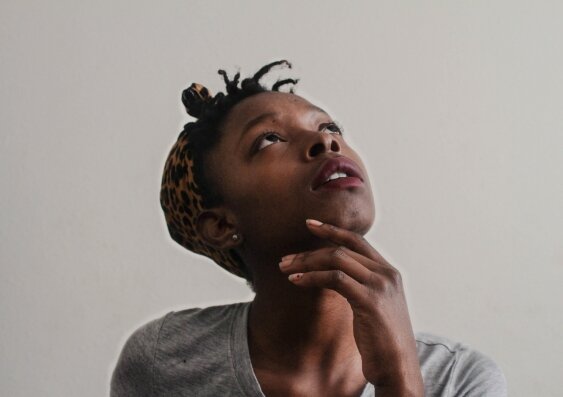 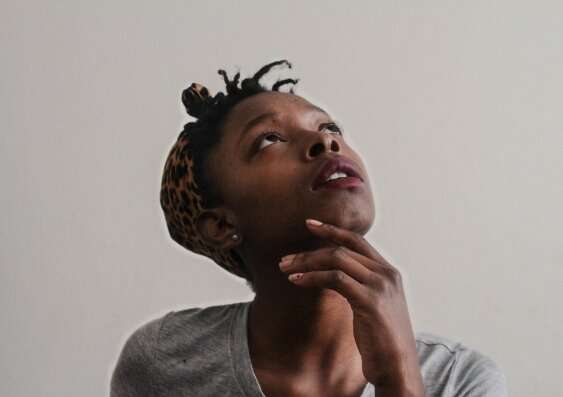 The strength of a person’s mental imagery—their ability to picture something in their mind’s eye—is linked to the excitability of different brain regions, a study led by researchers at UNSW Sydney has found.

An excitable prefrontal cortex made a person more likely to visualize strong images, while the opposite was true in the visual cortex.

Brain excitability is the likelihood that neurons will fire, and it varies from person to person—for example, past studies have shown that people who experience migraines with aura have high visual cortex excitability.

Neurons that fire more frequently in the visual cortex could be adding ‘noise’ to the image signal, the researchers theorise—interfering with a person’s ability to form a clear image in their mind.

“Think of the brain’s visual cortex as a chalkboard,” says Dr. Keogh, who works with Professor Joel Pearson in UNSW’s Future Minds Lab, a centre that does both fundamental cognitive neuroscience research and applied work.

After identifying a link between brain excitability and imagery strength, the researchers altered the excitability of a person’s visual cortex using a non-invasive brain stimulation (called Transcranial Direct Current Stimulation, or tDCS) to see whether it triggered a change to their imagery strength. Each phase of the research had 16-37 participants, with over 150 people in total. They plan on expanding this research in future studies.

“There are also large individual differences in our ability to create images in our mind,” says Dr. Keogh. “For some people, the image is so clear it’s almost like seeing; for others, it’s weak and dim. Some people can’t see anything at all.

“Our research offers a potential neurological explanation as to why these large individuals differences occur.”

The cause of such differences has been a scientific mystery since Charles Darwin’s cousin, Francis Galton, discovered in 1883 that some people have strong imagery while others are born without any imagery at all.

“Galton’s discovery was made in 1883, but some theorise the question could also date as far back as the philosopher Plato,” says Prof Pearson, director of the Future Minds Lab.

“It is exciting to finally discover the first clues as to why the mental lives of each and every one of us differs so much.”

Peering into the imagination

To measure the vividness of a person’s mental imagery, the researchers applied a lab method that uses a visual illusion called ‘binocular rivalry’ to directly measure the sensory strength of imagery. This method is more reliable and accurate than asking participants their opinion of how strong their imagery is.

“Participants were shown either the letter “R’ or “G’ at the beginning of each imagery experiment trial,” says Dr. Keogh. “The letter represented the image they were meant to imagine: “R’ indicated a horizontal red pattern, while “G’ indicated a vertical green pattern.

“They then had to imagine the red or green pattern for 6-7 seconds. Afterwards, a picture of the pattern was shown to them on a screen (the binocular rivalry display) for a brief 750 milliseconds.

“When the picture disappeared, they reported which image had been dominant, i.e. whether they saw mostly green, red, or a mixture. We measured visual imagery strength as the percentage of trials in which the image they imagined was the image they saw in the binocular rivalry display.”

The stronger their mental image, the more likely it was to dominate the brief visual stimuli.

“This method bypasses the need to ask each participant their opinion about their own imagery, which we know is often biased,” says Prof Pearson.

“Instead, the illusion seems to measure the sensory trace left behind by the mental image in the brain.”

The team also adjusted brain excitability through the non-invasive brain stimulation, tDCS. This procedure involved putting two small electrodes—one positive and one negative—on the sides of the head.

“In very basic terms, when you put the positive electrode (known as an ‘anode’) over a part of the brain, it can increase the likelihood that the neurons will fire. Similarly, if you put the negative one (the ‘cathode’) on the area underneath it, it becomes less excitable,” says Dr. Keogh.

This procedure doesn’t hurt—at most, participants would feel an itching or a tingling sensation on their skin.

“This is an exciting development for using tDCS in potential imagery adjustment therapies.”

Further research on tDCS—including how it works over longer periods of time and why some people seem to show larger or smaller excitability changes to electrical stimulation—is needed to assess how it could be used in potential therapies. If feasible, the therapy could help people with overactive or underactive imagery visualisations.

Prof Pearson and Dr. Keogh also want to see how their findings might explain aphantasia—a condition where people can’t visualize anything at all.

“This discovery might also shed light on the timely topic of what causes aphantasia and hyperphantasia (highly active visualizations),” says Prof Pearson. “While we didn’t test either in this study, our findings hold the first clue for a brain mechanism that might drive these conditions.”

Dr. Keogh says that any cognition that uses visual imagery will be likely affected by the strength of an individual’s imagery strength.

“Through understanding what drives these individual differences at a neural level, we can potentially boost imagery strength and in turn, boost other cognitions that use visual imagery,” she says.

Mental imagery plays an important role in everyday life and in mental processes. Whether remembering the past, reading books or in guided meditation, many people use visual imagery every day.