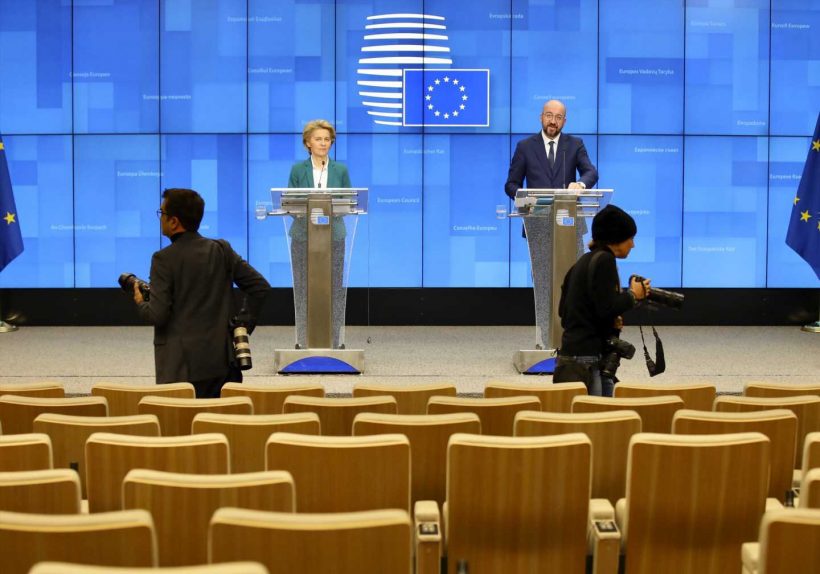 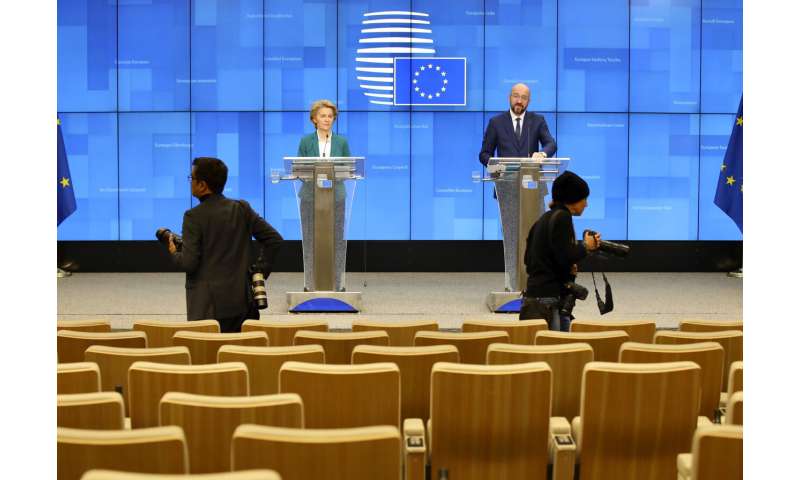 The leaders of European Union nations have agreed to institute a travel ban that prohibits most foreigners from entering the bloc for 30 days to discourage the spread of the new coronavirus.

European Commission President Ursula von der Leyen said the proposal by EU officials “got a lot of support by the member states. It’s up to them now to implement. They said they will immediately do that.”

Merkel says citizens of Switzerland, Liechtenstein, the United Kingdom and Norway are exempt.

The EU leaders also agreed to coordinate the repatriation of EU citizens stranded outside the bloc, she said.

THIS IS A BREAKING NEWS UPDATE. AP’s earlier story follows below.

European Union leaders are set to hold their second summit in two weeks on Tuesday, a fresh attempt to forge a joint response to the novel coronavirus as Europe takes over from China as the front-line in the fight against a disease claiming thousands of lives.

The virus case count in Europe has climbed to over 50,000 and more than 2,000 people have died. The inexorable spread of the disease has roiled markets and sown public fear, but nervous governments have introduced quick-fix measures – partial border closures or quarantine – with little consultation. 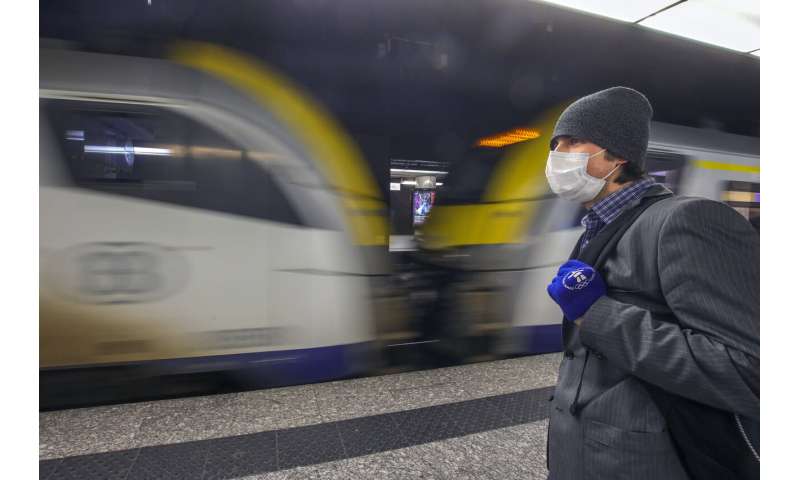 After Italy, ground zero in Europe’s battle with COVID-19, Spain and now France have imposed lock-downs, confining citizens to their homes except for urgent business like buying food or heading to any hospital that might still have the capacity to treat them.

Seven countries have informed the European Commission, the EU’s executive body, that they’ve reintroduced ID checks inside Europe’s passport-free Schengen Area. Among them are Austria, Hungary, the Czech Republic and Poland, which all took unilateral action to halt the influx of migrants in 2015.

Indeed, it is a similar challenge that leaders are grappling with as they confront the coronavirus—how to ensure that the fraying solidarity among partners in the same European club does not completely unravel as the crisis deepens.

Asked Monday whether Europe can ever return to real ID-check free travel after this, German Chancellor Angela Merkel said: “I hope so. But it’s been shown that coordination didn’t work well everywhere the way one would have hoped.” 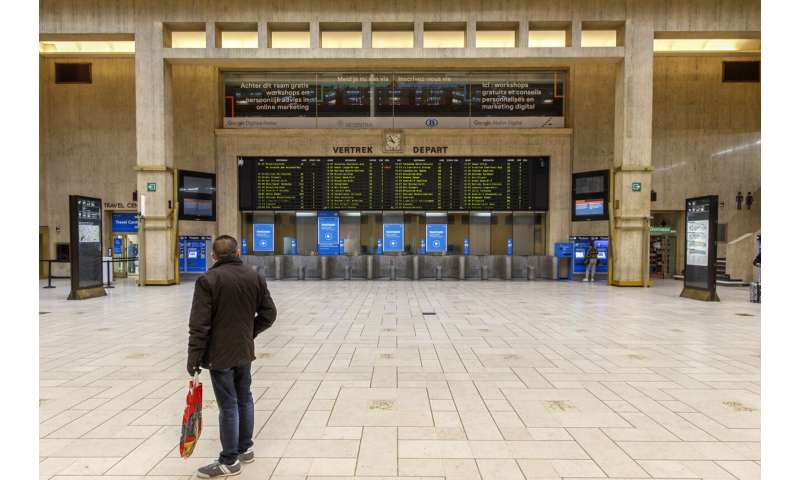 The main problem confronting the leaders, as they meet in a virtual online video-conference from their offices in the bloc’s 27 capitals, is to halt the arrival of more virus cases, coordinate any border closures and guarantee that vital medical equipment and food can reach those in need.

They are expected to endorse a 30-day travel ban on people wanting to come to Europe for tourism or non-essential business. Long-term EU residents, diplomats and members of European families would be exempt. Health care and transport workers could escape the ban too.

Separately, so-called “green lanes” would be set up at the internal borders of the 26 Schengen countries, allowing fast-track access for trucks ferrying essential supplies to defy the traffic jams that have begun forming at some crossing points. 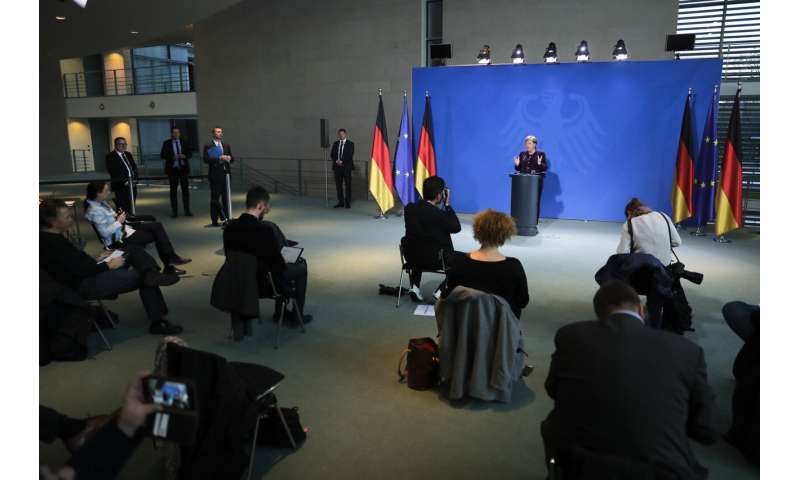 The aim, according to EU Council President Charles Michel, who will chair the summit, is “to reduce unnecessary movement but at the same time to ensure the movement of merchandise, of goods, so that we can guarantee as much as possible the integrity of the single market, guarantee the deliveries that are needed.”

The proposals are relatively modest, but Europe’s powers in this crisis are limited. While it may be a Union, the world’s biggest trading bloc remains an accumulation of 27 individual countries, some with populist and far-right governments that reject orders from Brussels.

“In recent days, European countries failed to coordinate their approach,” Czech Prime Minister Andrej Babis said Saturday as he announced the closure of retail businesses in his country. “We didn’t need to wait for Brussels to give us any advice.” 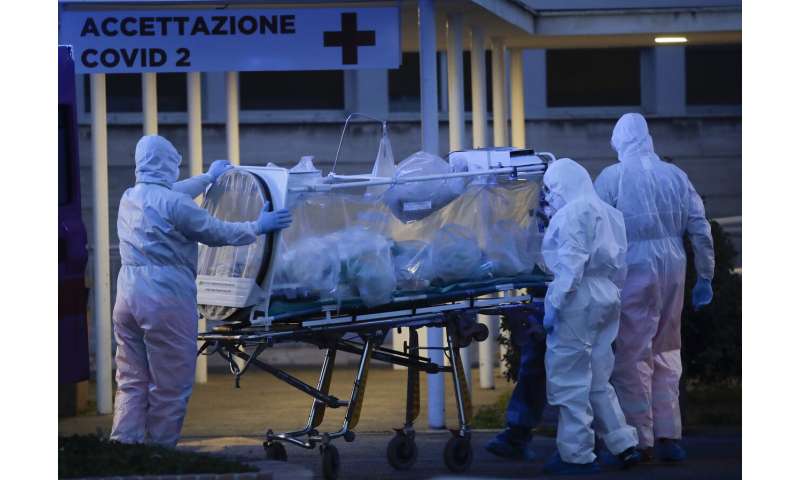 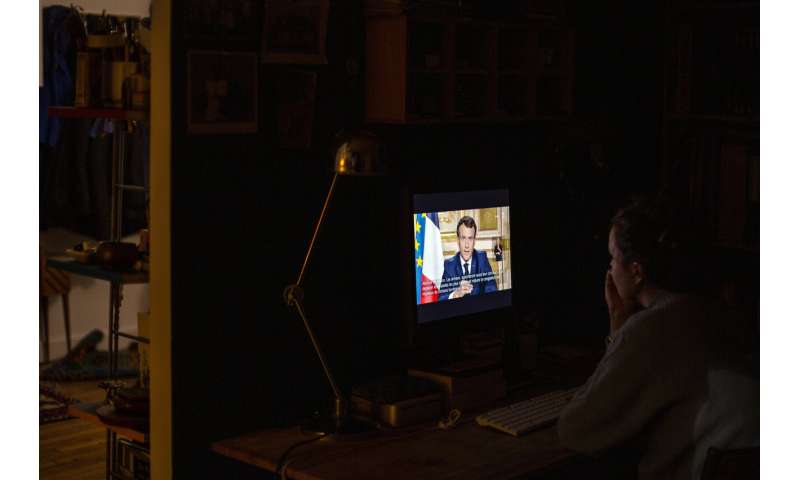 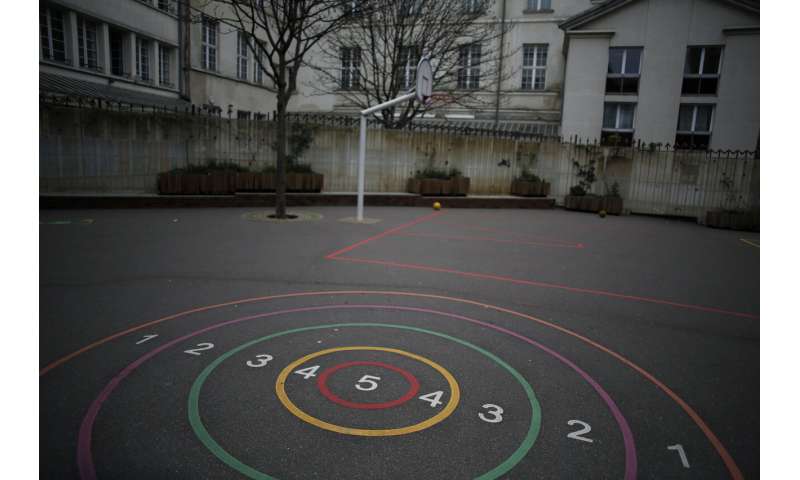 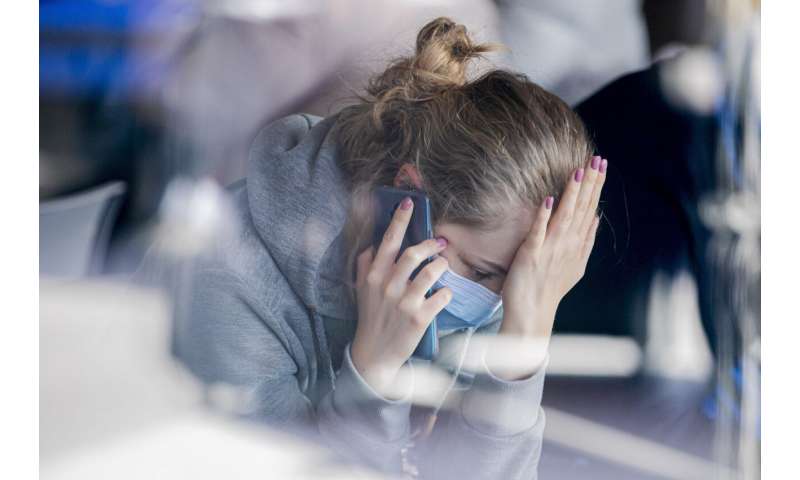 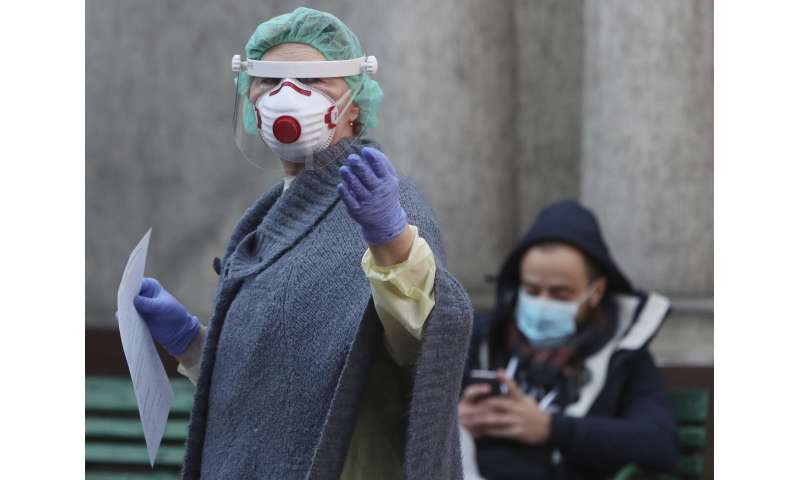 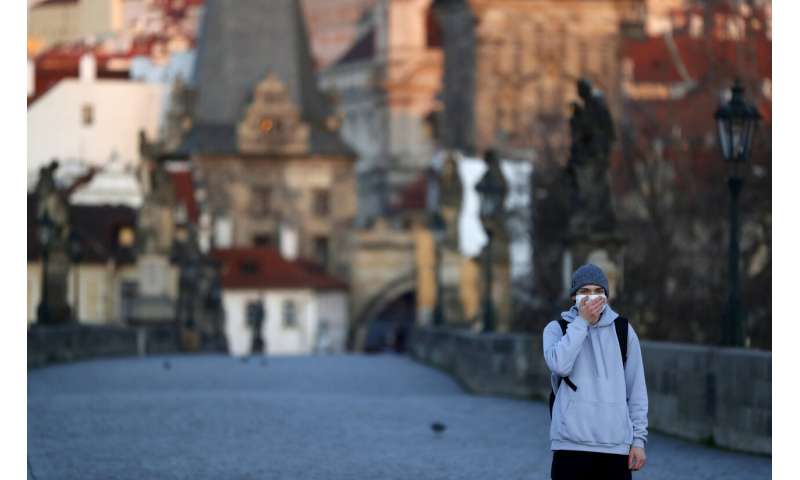 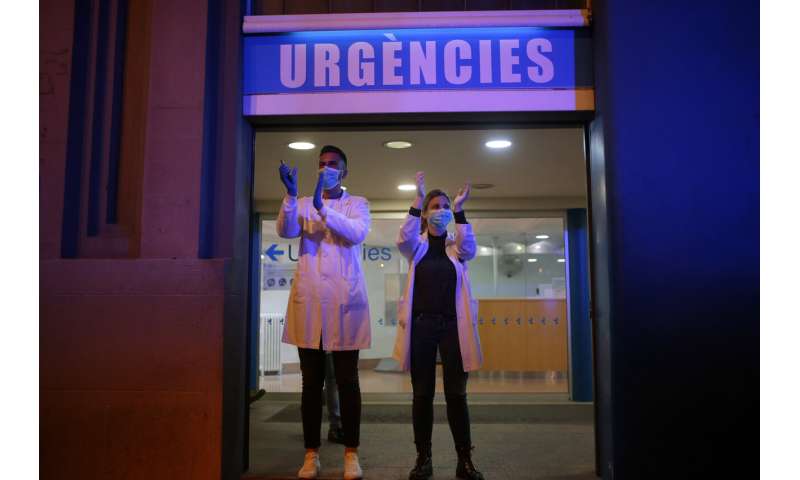 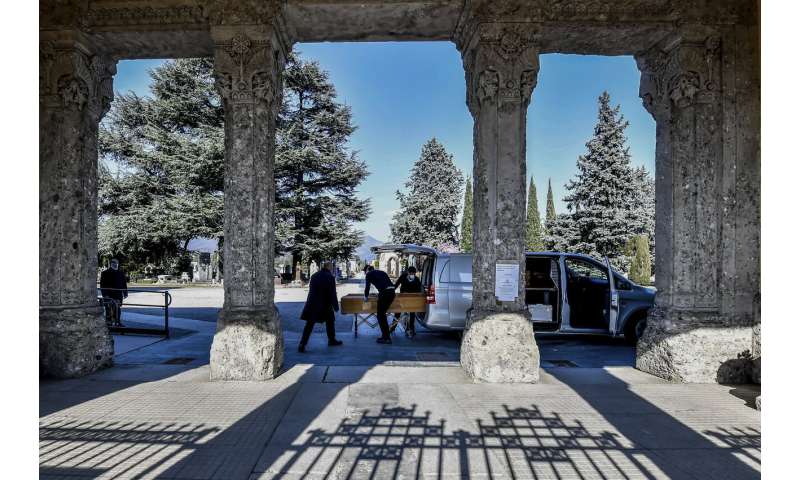 When President Emmanuel Macron declares that “we are at war” with an invisible enemy, every French citizen from Marseille to Metz understands. The democratic legitimacy conferred on him at the polls gives Macron the freedom to mobilize resources, money and quick policy fixes with public backing.

In times of crisis, Europe’s machinery is painfully slow. Like a super-butler dealing with an unpredictable 27-headed master, the EU’s massive bureaucracy offers ideas, proposes plans and occasionally cajoles but often it must wait for approval.

And what’s good for the people of Portugal, might not suit those in Poland; what seems logical to people in wealthy Germany, could feel poisonous to the long-suffering citizens of Greece, who’ve barely emerged from an economic crisis and still require help to manage migrant tensions with Turkey.