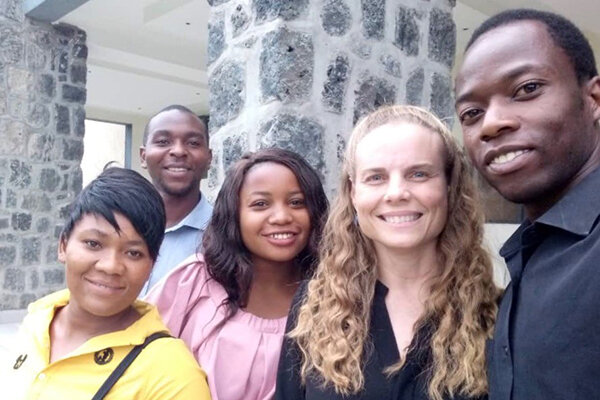 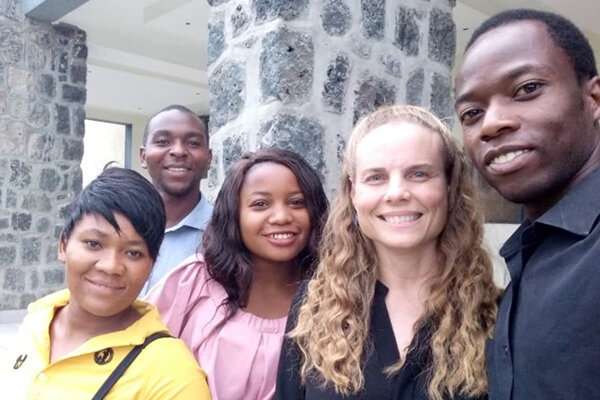 As the novel coronavirus pandemic continues to impact countries worldwide, we’ve seen how nations around the world are working to mobilize populations, resources, and government assistance to mitigate spread of the virus and help those who have been affected. But how are developing nations impacted differently than developed nations in this crisis?

Susan Bartels, professor in the Departments of Emergency Medicine and Public Health at Queen’s University, is an expert in global public health research that focuses on how people are affected by humanitarian crises, including armed conflict and natural disasters. Dr. Bartels was visiting South Africa for SSHRC-funded research investigating sexual exploitation and abuse by UN peacekeepers as well as Universities Canada-funded research examining parenting in settings of adversity. The Gazette spoke to Dr. Bartels, who recently returned from field research in the Democratic Republic of Congo (DRC), about how developing nations, such as DRC, are confronting unique challenges when it comes to COVID-19.

COVID-19 is being called a “global crisis.” In what ways do you think it impacts developing nations differently than developed nations?

Susan Bartels: Lower- and middle-income countries like the Democratic Republic of Congo (DRC) are at an enormous disadvantage, due to lack of public health infrastructure, profoundly underfunded health care systems, and poor access to care. For example, although supplies and essential medical equipment are lacking in Canada, the Panzi Hospital in South Kivu province of the DRC has only 20 ventilators for its catchment population of more than 5.7 million people.

These countries are also significantly disadvantaged because government assistance programs will not be nearly as robust as they are in Canada (income support, tax deferrals, support for small business, etc.). Compounding that, in DRC, like in many other lower-income countries, chronic underlying illnesses such as HIV/AIDS, hepatitis, and tuberculosis (TB), as well as high rates of malnutrition among children, have the potential to dramatically increase COVID-related morbidity and mortality.

How are developing countries reacting to the pandemic?

SB: Eastern DRC has been responding to an Ebola epidemic since August 2018, so when it comes to screening, they were far more prepared than we were in Canada. For instance, when arriving to the Congo by air or by car, visitors were already subject to temperature screening in addition to a health questionnaire that had to be completed.

Additionally, social greetings had already been modified in the DRC. In response to the Ebola epidemic, hand shaking, hugging, and other forms of physical social greeting were no longer considered acceptable, and handwashing stations could be found outside all hospitals, clinics, shops, restaurants, hotels, and other public spaces. These screening and precautionary measures, which have already been in place for almost a year and a half, will now doubly serve to prevent transmission of COVID-19.

Are they helped or hindered by their government structure when it comes to a medical crisis?

SB: As I mentioned in my response to the first question, these nations will be very much hindered because of inability for governments to mobilize assistance in the same way as developed nations.

For lower-income countries, the fact that COVID-19 is a global pandemic will likely distinguish its response from other humanitarian responses, like that of the 2014-15 Ebola epidemic in West Africa and the 2010 earthquake in Haiti. Because those crises were more limited in scale, other nations not directly affected were able to contribute supplies, personnel, and support, which will probably be lacking for the COVID-19 response. Additionally, the capacity and resources of international organizations, such as the World Health Organization, are spread very thin in the current pandemic, meaning they will be less able to support individual country responses.

What are some of the other unique concerns/challenges do developing nations face?

SB: With regards to challenges, in addition to existing epidemics, Eastern DRC continues to face sporadic armed conflict and insecurity and, as a result, it is estimated that hundreds of thousands of people are internally displaced. This adds a monumental challenge to the COVID-19 response as these individuals and families will be particularly vulnerable, but also difficult to reach because of their displacement.

Who are the most vulnerable populations in these nations?

SB: To some extent, I think the most vulnerable populations will be similar in many settings, including those with underlying medical illnesses, the vulnerably housed, those facing poverty, persons with disabilities, individuals who are geographically isolated, and those with limited access to medical care. One of the key differences that will likely make the COVID-19 epidemic harder hitting in lower- and middle-income countries, however, is the higher burden of untreated or under-treated chronic illness, such as HIV/AIDS, TB, hepatitis, and malnutrition.

How is the COVID-19 crisis similar to the other humanitarian crises you have researched/worked on?