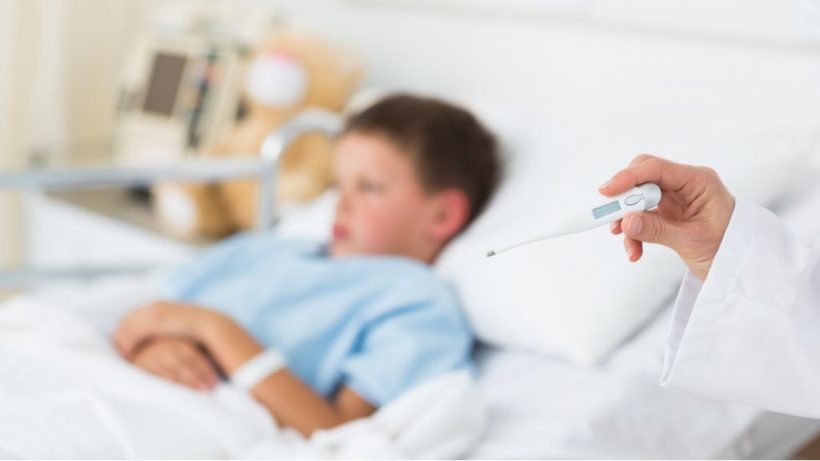 An intense inflammatory illness has struck children around the globe, and physicians suspect it may somehow be linked to COVID-19.

Several anecdotal reports have noted that some children with this strange inflammatory syndrome show similar symptoms to children with Kawasaki disease, which is a childhood illness that triggers inflammation in the blood vessels and can cause lasting heart damage, according to the National Organization for Rare Disorders (NORD).

Physicians are calling the condition a “multisystem inflammatory” disease that shares some symptoms with Kawasaki disease, including high fever, skin rashes, and in some cases, heart inflammation, Live Science previously reported. Some of these symptoms also appear in toxic shock syndrome, a life-threatening condition caused by toxins produced by certain types of bacteria.

As children have been presenting with a wide array of symptoms, physicians have only noted that the condition sometimes seems “Kawasaki-like.” An official diagnosis of Kawasaki disease requires that a child show a specific number of symptoms associated with the disease, such as fever lasting at least five days, inflammation in the eyes, reddish skin rashes, swollen lymph nodes and a strawberry-red tongue.  However, children can also receive an “incomplete” diagnosis if they don’t present with every required ailment.

The exact cause of Kawasaki disease remains unknown, but the inflammatory state often arises during or after a viral infection, raising the question of whether COVID-19 could be a potential cause.

A slew of viruses, including retroviruses, Epstein-Barr virus and chlamydia, have been linked to Kawasaki disease in the past ⁠— one study, published in 2005 in The Journal of Infectious Diseases, even suggested a correlation between Kawasaki disease and a type of coronavirus, now called NL63. However, at this point, no single virus has been confirmed as the definite cause of the disease.

Could Kawasaki disease also be triggered by SARS-CoV-2, the virus that causes COVID-19? Possibly, but experts told Live Science that physicians will have to conduct thorough, systematic studies to be sure.

“The question is really, ‘Is there an epidemiological signal here?,’” something to suggest that SARS-CoV-2 might trigger Kawasaki disease, said Dr. Jeffrey Kahn, senior author of the 2005 report and a chief in the Division of Pediatric Infectious Disease at the University of Texas Southwestern Medical Center (UT Southwestern). So far, only one formal case report has been published describing an individual with both COVID-19 and Kawasaki disease, and that was in an infant, Live Science previously reported. The majority of cases have been described only in news reports, Kahn said.

“Now that we’re looking for it, this data is really subject to a lot of observational bias,” he added. “It’s important to be very cautious at this point about coming up with any conclusions.”

‘One of the most difficult diagnoses to make’

In April, reports of a Kawasaki-like disease potentially related to COVID-19 emerged in Europe, where more than a dozen children presented to hospitals with high fevers, abdominal pain, skin rashes and markers of severe inflammation in their blood, according to the Live Science report. Some of the children required treatment for heart inflammation, as would also be required for a diagnosis of Kawasaki disease.

Some of the children tested positive for COVID-19, while others did not. Now, the U.S. has started reporting similar cases.

For instance, on May 11, New York Gov. Andrew Cuomo said that 93 cases of a severe inflammatory syndrome had been reported in the state, and at least three deaths were thought to be linked to the illness, ABC Eyewitness News reported. In a sample of 15 children, some tested positive for COVID-19, and some tested negative but carried antibodies specific to the virus in their blood, suggesting they had already recovered from the infection, Live Science reported. Some tested negative for both antibodies and an active infection.

These anecdotal reports hint “that there’s something going on, but I really don’t know until I see a peer-reviewed medical report,” said Dr. Frank Esper, first author of the 2005 report and a pediatric infectious disease specialist at the Cleveland Clinic’s Children’s Hospital. Physicians will have to compile detailed datasets, complete with each child’s symptoms, vital signs and COVID-19 status, to truly determine whether the virus might be linked to a surge of Kawasaki disease, he said.

“Kawasaki disease is one of the most difficult diagnoses to make in pediatrics,” Esper said.

“There is no blood test. There is no swab [test].” Physicians must diagnose Kawasaki disease based solely on a clinical evaluation of symptoms, and those symptoms overlap with other known inflammatory syndromes. That said, pediatricians watch out for possible cases because if left untreated, the disease can cause the coronary artery to “balloon” and leave the child prone to heart conditions for the rest of his life, Esper added.

“You get 100 in two months? For that region, that’s a lot,” Esper said. Once data can be compiled from different hospitals, physicians could potentially determine whether many of the inflammatory illnesses being reported can be attributed to Kawasaki disease, and whether the number of diagnosed cases appears higher than usual, he said. Such evidence could bolster the potential link to COVID-19.

“In these patients, do they have antibody against the new coronavirus? For me, that’s the first question to answer,” Kahn said. If such research reveals a strong link between COVID-19 and Kawasaki disease, the finding could hint at why the inflammatory state arises, he added.

For example, there might be something about the SARS-CoV-2 virus, or the specific receptor it interfaces with on human cells, that makes the pathogen likely to trigger the characteristic symptoms of Kawasaki disease, Esper said. Certain children may be at higher risk for developing the illness than others, but we don’t know exactly why, he added.

For now, physicians still don’t know what causes Kawasaki disease or whether COVID-19 infections might make children susceptible. However, doctors do know how to treat the condition when they spot it, Esper said.

Children diagnosed with Kawasaki disease are given a high dose of aspirin to prevent blood clots and turn down the rampant inflammation in the body. They also receive immunosuppressants, to tamp down the inflammation even further, and intravenous immunoglobulin (IVIG), a cocktail of antibodies collected from donors and used to treat a wide variety of conditions. IVIG may help to clear the child’s underlying infection, as physicians don’t know which pathogen might be to blame, but the therapy also serves as an anti-inflammatory treatment.