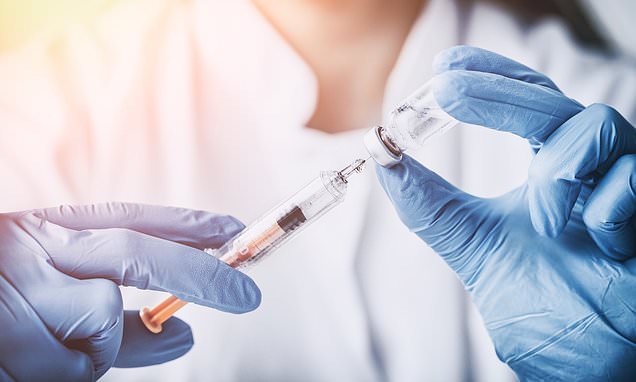 ASK DR ELLIE: She was given the jab – so why did my daughter get HPV?

My daughter had her HPV vaccination six years ago. Before Christmas she had a smear test – and it turns out she has the virus. How could this have happened? The GP says it is not an urgent problem and hasn’t given her treatment, but I am worried. Help!

Please don’t worry, your daughter has had the correct information.

HPV is not just one virus. There are in fact 40 different types, and each has a distinct number, such as HPV 1.

Thirteen of these types are what we call high-risk HPV, meaning they are known to cause cancers.

When your daughter was vaccinated six years ago, her jab will have contained four different HPV types – 16, 18, 6 and 11. 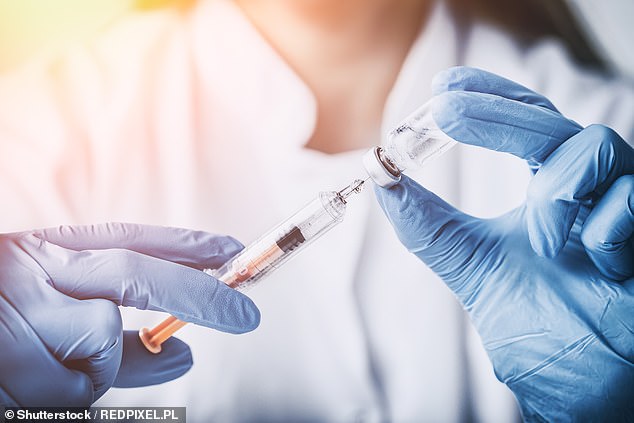 When your daughter was vaccinated six years ago, her jab will have contained four different HPV types – 16, 18, 6 and 11

Of course this still leaves nine strains of HPV which your daughter won’t be vaccinated against, but a vaccination for all 13 high-risk types is not available. There is hope for one in the future.

Each sample is tested first for HPV before the cervix cells are examined. If HPV is detected, the cells are then closely examined for abnormal or possibly pre-cancerous changes – whether or not the patient has had the vaccine or not.

If everything is normal, a smear will be taken again after a year, to check again.

For most people, HPV is cleared within two years, so it is possible that next time, HPV won’t be detected.

For more information and reassurance, visit the website jostrust.org.

I am recovering from a cold and trying to get back into exercise. But every time I bend down, my head feels very heavy and I get a bit light-headed. Is this the remnants of the cold or is there something more serious going on?

It is not unusual to feel dizzy or heavy-headed shortly after you’ve had a cold. Usually, it happens because of lingering mucus or an infection in the sinuses or the ear.

If these symptoms appear when bending down, the problem is most likely to be associated with the sinuses.

THIS PHOTO COULD SAVE WOMEN’S LIVES 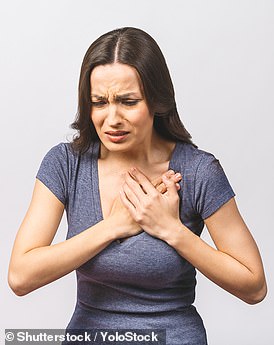 Research shows that if we only ever see pictures of men clutching their chest, we’re less likely to spot the signs when a woman has one

Why don’t we ever see pictures of women having heart attacks?

Research shows that if we only ever see pictures of men clutching their chest, we’re less likely to spot the signs when a woman has one.

It’s known that doctors are 50 per cent more likely to misdiagnose a heart attack in women than they are in men.

As a result, for women, heart attacks are often fatal.

Medics want the media to pay greater attention on this issue.

Only when we get the message across that women also have heart attacks will we change an assumptions that can prove to be deadly.

These are small, air-filled cavities within the skull bones and underneath the forehead, cheeks and behind the eyes.

They typically become inflamed during a cold, leading to a feeling of heaviness or congestion in these areas.

Sinus pain usually feels like a type of pressure in the areas beneath the face where the sinuses sit.

Bending forward can make the pressure worse, simply because the weight of your head adds to the pressure.

Using a saline sinus rinse, available at pharmacies, to flush out the sinuses can help the daily symptoms of heaviness.

Steam inhalation – leaning over a bowl of hot water and breathing in the steam – can also be useful for clearing the mucus. Feeling light-headed can also be the fault of our balance mechanisms. These are controlled within the inner ear in an area called the labyrinth, where there is a set of fluid-filled channels.

The movement or stillness of this fluid sends nerve signals to the brain, to tell it whether we are moving, standing still, spinning round or even standing on our head.

It is not uncommon for a virus such as a cold to spread to the labyrinth and cause labyrinthitis – an inflammation of this balance mechanism. This could cause some dizziness, especially during some positions when exercising.

Labyrinthitis usually passes within roughly three weeks with no treatment other than rest and time.

If symptoms linger for more than a month after the cold has passed, it is worth talking to your GP.

I’m usually a big fan of Netflix shows, but the latest one should come with a health warning.

The queen of spurious science, Gwyneth Paltrow, is to launch her very own Netflix TV series, which will promote her wacky ideas about health and wellness, it was revealed last week.

The show, available at the end of this month, is based on the actress’s controversial health website Goop, which has been widely criticised by medical experts for its unscientific claims.

The show is expected to include outlandish treatments – exorcisms and so-called energy healing are just two that make me shudder.