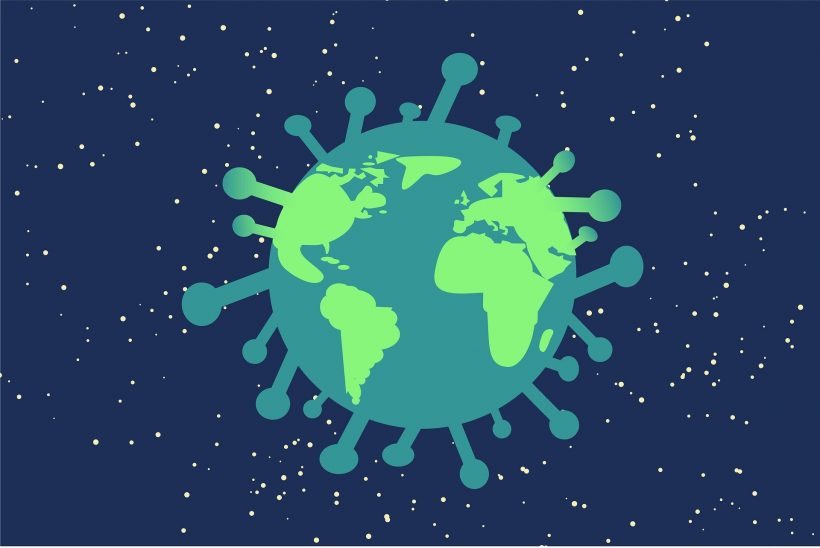 Six months into the pandemic, there is talk of reexamining the 6 feet social distancing guideline.

The BMJ released a report on Tuesday arguing 6 feet is only a minimum for safe social distancing. Instead of one official distance, researchers suggested a graded recommendation depending on factors including whether someone is singing versus talking or interacting indoors or outdoors.

Dr. Emily Landon, executive medical director of infection prevention and control at the University of Chicago Medicine, said the paper could be a helpful resource. “I think this is a great chart that sort of gives you an understanding of why we have to keep the 6 feet (rule),” Landon said.

She explained that COVID-19 is a virus spread through droplets, which don’t usually travel past 6 feet. Although it is detected in aerosols, like coughing or sneezing, it’s still unclear how much transmission is driven by those methods. Researchers created a chart within the report by which people can gauge the level of risk for indoor or outdoor gatherings, and whether someone is wearing a mask. Landon said the report could be helpful for people to calculate risk factors, like how many people are in a room and how far away we stand from one another.

Dr. Michael Lin is an infectious disease specialist at Rush University Medical Center. He said the chart may not be easy for regular people to follow, since it’s already difficult to get people to stick to masks, distancing and hand-washing. “I think it’s well meaning but overly complicated and in public health, there’s a real imperative to be clear on communication,” Lin said.

Lin also said distance is only one aspect of transmission. How long you’re with someone is another factor. Passing by someone on the sidewalk is much different than standing and talking. “Because these types of encounters are brief and they’re outdoors, I think the risk is negligible,” Lin said.

Standing outside at 6 feet apart with masks should be fine, Landon said, but inside is a different story. If you plan on eating in a restaurant, for example, she said 8 feet might be better than 6 feet since it means a number of people interacting in a small space.

Inside, Landon said, part of the concern is proper ventilation. Outside, there’s an unlimited amount of fresh air so the virus can’t become trapped. Indoors, without the introduction of new air, there may be an increased risk. In hospitals, ventilation systems exchange air at least six times in an hour. In regular buildings, like restaurants or libraries, there may be fewer air exchanges. Plus, turning up the heat or AC can make it difficult for common ventilation systems to filter air. Landon said indoors, both proper distance and wearing a mask are imperative.

“When you’re inside, it needs to be mask and distance so there’s enough air to dilute any droplets that get out from around the mask, and the other people’s masks around you,” Landon said.

Overall, both Lin and Landon said the 6 feet apart rule is still a decent guideline, plus wearing a mask whether you’re inside or outside. The researchers of The BMJ report also noted that physical distance is only one factor and must be taken into consideration along with proper hygiene and masks. According to Landon, your arm span is the same as your height. She said to reach out and see if you can touch the other person.

“If you’re close enough that you could both reach out your arms and touch each other, you’re too close,” Landon said.