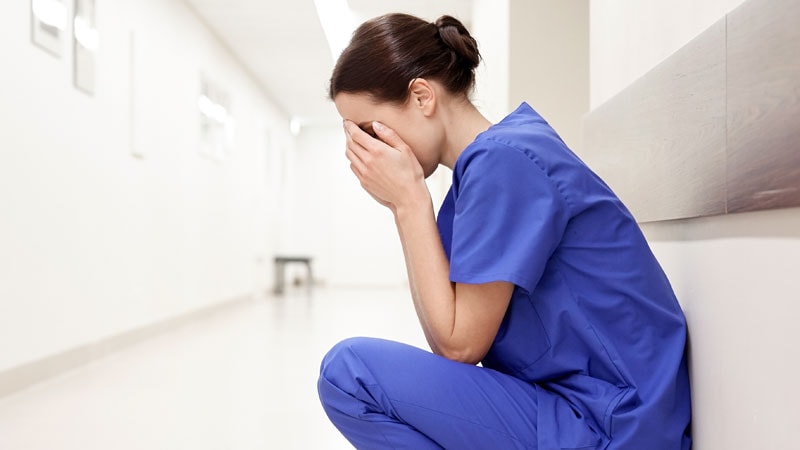 Mistreatment in the workplace is common among residents in emergency medicine (EM), according to the results of a new study published online August 19 in JAMA Network Open.

The survey of more than 6000 residents found that almost 1 in 2 respondents had been exposed to some form of workplace mistreatment in the previous year, including gender and racial discrimination, physical abuse, or sexual harassment.

“Mistreatment occurs frequently in EM residency training nationally, and it occurs more frequently in women, racial/ethnic minorities, and those who identify as LGBTQ+,” Lall added. “Additionally, we found an association between experiencing mistreatment at least a few times per month and having suicidal thoughts.”

Lall explained that workplace mistreatment, as well as institutional responses to such behaviors, have been linked to hostile work environments for physicians. In previous research, workplace mistreatment has been found to negatively affect individuals’ sense of self, a phenomenon that not only hindered professional productivity but also increased a variety of other negative factors, such as stress, job dissatisfaction, negative workplace behaviors, and turnover. Perhaps not surprisingly, workplace discrimination has also been shown to have negative effects on physical and mental health.

Despite such findings, little is known about the current state of workplace mistreatment among EM residents. This led the investigators to examine the prevalence, types, and sources of such perceived treatment during their training. In addition, the researchers assessed the association between mistreatment and suicidal ideation. Insights into these problems, they say, may spur leaders in the field to develop and implement strategies to help new physicians maintain their well-being throughout their careers.

“A 2019 study by Yue-Yung Hu and associates looked at discrimination, abuse, harassment, and burnout in surgical residents, and they found that mistreatment occurs frequently among general surgery residents, especially women,” Lall described. “Our study group felt it was important to look at the rates of mistreatment among EM residents nationally in order to obtain baseline data and to use this data to identify and promote educational interventions to reduce workplace mistreatment.”

To achieve these ends, Lall and her colleagues sent a survey to all individuals enrolled in EM residencies accredited by the Accreditation Council for Graduate Medical Education who had participated in the 2020 American Board of Emergency Medicine in-training examination. The 35-item multiple-choice survey asked residents to self-report the frequency, sources, and types of mistreatment they had experienced during their training. Suicidal thoughts were assessed by asking residents whether they had considered taking their own life.

It was found that 3463 (45.1%) of participants reported having been exposed to some sort of workplace mistreatment during the most recent academic year. Interestingly, a common source of mistreatment was patients and/or their families. These caused a total of 1234 events.

Discrimination based on sexual orientation or gender identity was reported by 220 residents. Once again, the majority of LGBTQ+ residents indicated that patients or their families were the primary source. More than 1000 residents (n = 1047) reported sexual harassment; among these residents, 721 were women. Patients and/or patients’ family members were the most common source of such discrimination, followed by nurses and staff.

Suicidal thoughts were reported by 178 residents; the prevalence was comparable with respect to gender (2.4% men; 2.4% women) and race/ethnicity (2.4% non-Hispanic White; 2.7% other racial/ethnic groups). Adjusted models revealed that the prevalence for suicidal thoughts was greater among residents who identified as LGBTQ+ (odds ratio [OR], 2.04; 99% CI, 1.04 – 3.99). An association was found between suicidal thoughts and having experienced mistreatment at least a few times each month (OR, 5.83; 99% CI, 3.70 – 9.20).

The researchers say that although it is likely that residents in many medical specialties experience similar mistreatment to some degree, such treatment should never be considered acceptable. Indeed, Lall said that identifying sources of mistreatment may help both institutions and individuals determine interventions necessary for improving the well-being of EM residents.

“The first step is recognizing, based on our data, that mistreatment is experienced frequently in EM training in the United States,” she said. “Future qualitative studies of residents and program leaders may help identify which systems, programs, or cultural factors were associated with lower rates of mistreatment in some institutions and higher rates in others.

“Identifying these factors and developing and promoting best practices to minimize workplace mistreatment during residency may help optimize the professional career experience and improve the personal and professional well-being of physicians throughout their lives,” Lall added.

Commenting on the findings for Medscape Medical News, Karl Y. Bilimoria, MD, from the Feinberg School of Medicine, Northwestern University, Chicago, Illinois, noted that these surveys clearly lay out actionable opportunities to improve trainee mistreatment. “Given that much of the mistreatment of EM residents comes from patients and families, the solutions must be appropriately tailored to address those sources,” Bilimoria noted.

“Programs need to actively work even more to protect their trainees and faculty from this mistreatment, as it has severe effects and often leads to, or worsens, burnout,” he added.

Funding for statistical analysis was provided by the American Board of Emergency Medicine. Lall and Bilimoria reported no relevant financial relationships.