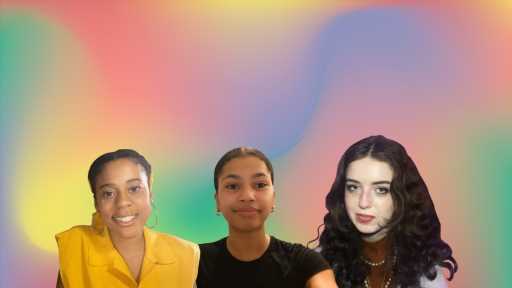 Pride month is a time for members of the LGBTQIA+ community and our allies to take time to celebrate, recognize, and truly take stock of the progress we’ve made, honor those we’ve lost along the way, and consider the work we still have to do to make this world better and safer. The odds of that brighter future for LGBTQIA+ folks feel a bit better when you look to Gen Z, already shaping up to be a generation infinitely more comfortable proudly identifying as part of the community — with a recent Gallup poll showing 15.9 percent of respondents born in that window identify as such.

But beyond how they identify, we wanted to get a better read on Gen Z’s overall values when it comes to supporting the LGBTQIA+ community in 2021: How do they show solidarity and support as members of the community/allies? What news stories hold their attention and worry them? How do they feel about the adults in charge and how they’re doing running things? So we checked in with SheKnows’ Hatch teens — a group of Gen Z kids we’ve been following for more than five years — to get a thorough vibe check and to better understand how adults can be accomplices and allies to the younger generation as they grow in their identities and activism.

Whether it’s addressing intersectionality and mental health within the community or ways to integrate the LGBTQIA+ safe spaces and affinity groups with their larger school communities, young people see plenty of ways attitudes and policies can improve and be more inclusive.

“It’s very important to understand the unique experience of POC (People of Color) in the LGBTQ+ community,” Julia says. “I feel like they are very often disregarded and often what people envision when they think of the LGBTQ+ community is a group of white people.”

And, overwhelmingly, in a year where we’ve seen significant legislative and ideological attacks on transgender and gender non-conforming youth, our teens expressed worry, fear, and anger at the harm done to vulnerable trans members of the community.

“I think that it happens because a lot of people don’t understand what being trans is or they just don’t want to understand and because of that they have an outright disdain for it which I think is a real failure on society’s part,” Dani says. “Because you shouldn’t have to personally relate to something to know that person deserves rights and deserves care and deserves health benefits and deserves to be who they want to be.”

The only thing any of us as parents and caregivers can hope for is that the next generation will forever be smarter, kinder, and better (to themselves and one another) than the one that came before it — and it’s heartening to see evidence of that future during Pride (and all year long.)

Before you go, check out these celebrity parents who identify as gay, bisexual, or queer: