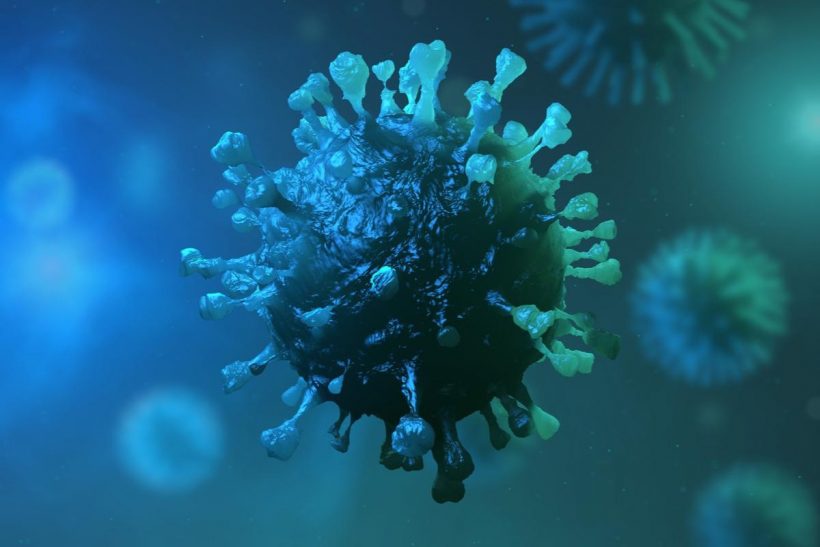 In a recent study posted to the bioRxiv* preprint server, researchers hypothesized that the emergence of resistant severe acute respiratory syndrome coronavirus 2 (SARS-CoV-2) variants can be anticipated by identifying possible escape mutations already present in the existing SARS-CoV-2 populations.

The search for coronavirus disease 2019 (COVID-19) therapeutics has been focused on the most conserved SARS-CoV-2 proteins viz. the main protease (Mpro), papain-like (PLpro) protease, and the ribonucleic acid (RNA)-dependent RNA polymerase (RdRp). Among the antivirals, RdRp-targeted antivirals such as molnupiravir and remdesivir received emergency use authorization (EUA) and are currently in use. Nirmatrelvir, a Mpro inhibitor, was recently approved by the Food and Drug Administration (FDA) for use with ritonavir, under the name Paxlovid. However, none of the PLpro inhibitors are FDA authorized, although many of them are in advanced stages of clinical trials.

As with any drug, resistance to anti-SARS-CoV-2 drugs due to the presence of mutations can be expected. Genomic variations at drug binding positions of bacteria and viruses could preview future drug resistance development before the release of the drug. With this perspective in mind, the authors of the present study previously developed the Coronavirus3D server for the three-dimensional (3D) assessment of mutations in SARS-CoV-2 proteins.

In the present study, researchers extended their previous analysis by introducing a new tab (Drug resistance tab) in their previously developed server to provide data on SARS-CoV-2 protein mutations that could affect the efficacy of anti-SARS-CoV-2 Mpro– and PLpro-targeted drugs.

The study was a part of the SARS-CoV-2 assessment of viral evolution (SAVE) program. The global initiative on sharing all influenza data (GISAID) database was used to evaluate the presence and dynamics of the probable drug escape mutations in the SARS-CoV-2 genomes. For the study, a protein data bank (PDB) database model (7vh8) with MPro as the main target for nirmatrelvir was used.

The default page of the server is focused on the identification of rapidly growing SARS-CoV-2 variants, with data on their genomic modifications and their combinations available from the pull-down menus of the page. The ‘3D proteome viewer’ tab of the server comprises the original pages on the 3D mutational distribution. The coronavirus3D server enables the tracking of drug-resistance-conferring mutations by the identification of residues with heavy atoms located at a particular distance from drug (inhibitor) atoms.

The prime section of the drug resistance tab of the server provides a 3D view of the SARS-CoV-2 Mpro structure with nirmatrelvir. The ribbon diagram of the Mpro structure is colored based on the density of mutations. The menus enable the selection of color schemes, view type, protein data bank (PDB) database coordinates, and the SARS-CoV-2 variant for analysis.

The detailed report of the server includes tracking of the absolute genome count with mutations and growth trends among such genomes observed in the previous two years. The histograms in the report have colors that denote the estimated impact of mutations in the protein (SARS-CoV-2)-ligand (drug) interactions, the estimates of which are provided by the PremPLI machine learning algorithm. The genomic counts, growth trends, histogram, and other data are regularly updated in the coronavirus3D server based on the GISAID database updates.

Several Mpro positions were mutated, and some of the mutations, such as P132H, led to the emergence of SARS-CoV-2 variants such as the Omicron variant. However, the P132H mutation was situated far away from the binding site and did not seem to offer any advantage to SARS-CoV-2. The genomic diversity of SARS-CoV-2 variants is increased due to the presence of such passenger mutations that are only mildly deleterious and don’t offer any advantage to SARS-CoV-2 but represent viable viruses. However, such mutations could be advantageous to SARS-CoV-2 on change in evolution pressure (such as by introducing a new drug) and, therefore, hint at drug escape routes for SARS-CoV-2.

Mpro mutations in positions on the edges of the active site cavity displayed significant mutability under negative selection with mutations estimated to reduce the binding affinity and, therefore, the efficacy of nirmatrelvir. Such mutations were observed across several SARS-CoV-2 variants, although their absolute count was low. In addition, the probable drug escape mutations showed an upward trend for the recently emerged subvariants of Omicron. Interactions between the M49 residue and nirmatrelvir were observed in the Mpro structure. Identical interactions were also detected in the EvoEF model of SARS-CoV-2 Mpro with the presence of the M49I mutation across 1883 viral genomes, which showed a marginal increase in the second half of 2021.

Overall, the study findings showed that Mpro and PLpro mutations in circulating SARS-CoV-2 variants can be monitored by the new drug resistance tab of the Coronavirus3D server to estimate the potential drug resistance conferred by them against anti-SARS-CoV-2 drugs.

Dr. based clinical-radiological diagnosis and management of oral lesions and conditions and associated maxillofacial disorders.