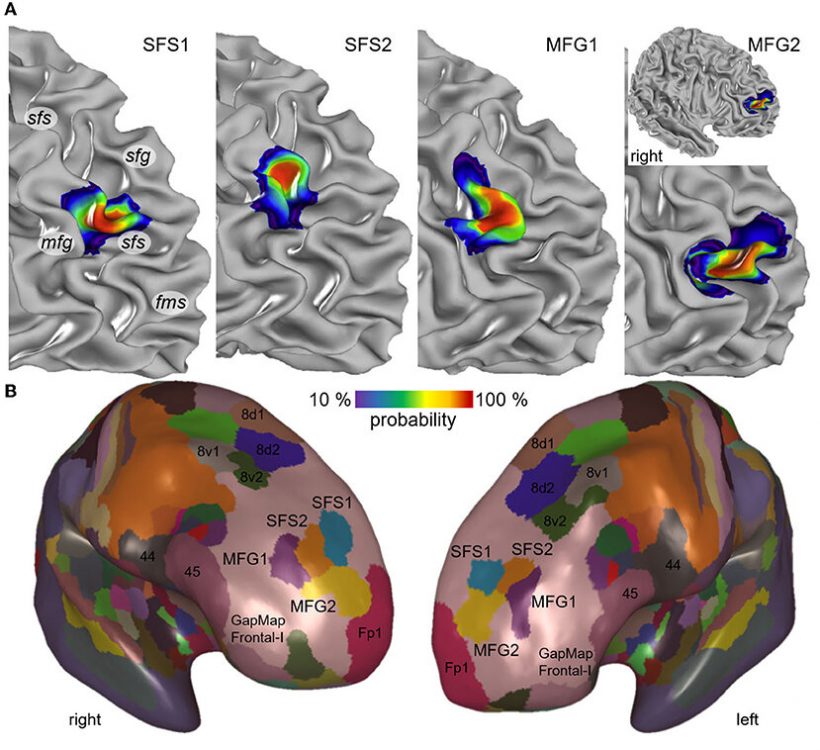 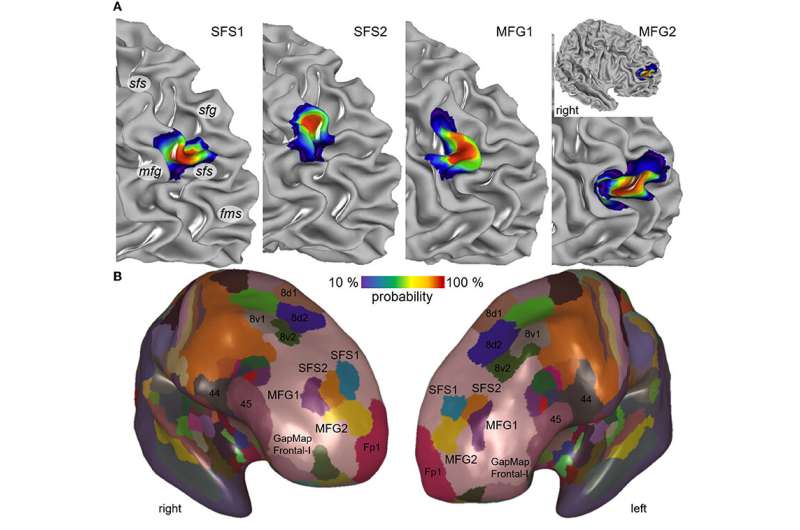 Researchers of the Human Brain Project (HBP) have mapped four new areas of the human anterior prefrontal cortex that plays a major role in cognitive functions. Two of the newly identified areas are relatively larger in females than in males.

In order to identify the borders between brain areas, the researchers statistically analyzed the distribution of cells (the cytoarchitecture) in 10 post mortem human brains. After reconstructing the mapped areas in 3D, the researchers superimposed the maps of the 10 different brains and generated probability maps that reflect how much the localization and size of each area varies among individuals.

High inter-subject variability has been a major challenge for prior attempts to map this brain region leading to considerable discrepancies in pre-existing maps and inconclusive information making it very difficult to understand the specific involvement of individual brain areas in the different cognitive functions. The new probabilistic maps account for the variability between individuals and can be directly superimposed with datasets from functional studies in order to directly correlate structure and function of the areas.

When comparing the brains of female and male tissue donors, the researchers found that the relative volumes of two of the newly identified areas were significantly larger in female than in male brains. This finding may be related to sex differences in cognitive function and behavior as well as in the prevalence and symptoms of associated brain diseases. The maps are being integrated into the Julich Brain Atlas that is openly accessible via EBRAINS.