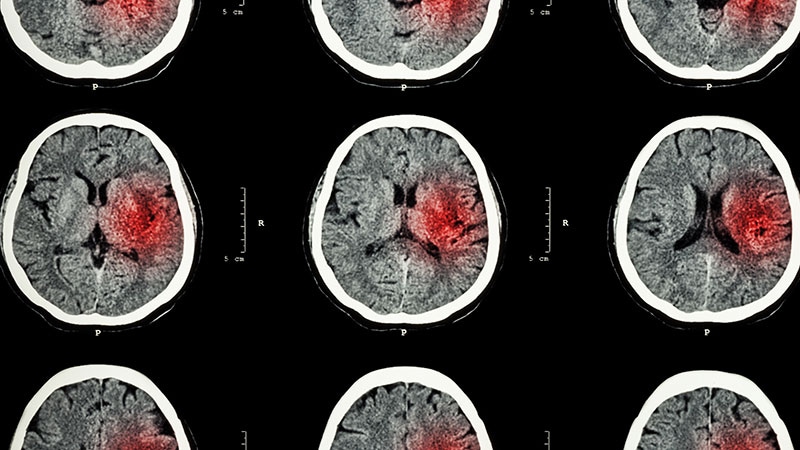 Investigators randomly assigned more than 1700 participants to receive treatment with RIC for 10 to 14 days as an adjunct to usual treatment or to usual treatment alone. Results showed that a larger percentage of patients in the RIC group than in the control group achieved “excellent functional outcome” at 90 days (67% vs 62%).

However, they note that their findings “require replication in another trial before concluding efficacy for this intervention.”

The findings were published online August 16 in JAMA.

“Reperfusion therapies, including intravenous thrombolysis and endovascular thrombectomy, have been recommended as the most effective strategy for acute ischemic stroke (AIS) by current guidelines,” the researchers write.

However, “only a small proportion of the population can be treated with reperfusion therapies due to the limited therapeutic window and technical requirements,” they add. For this reason, an “active area of research” has been to find new neuroprotective strategies to reduce disability associated with AIS.

However, the investigators note that “robust evidence for the neuroprotective effect of RIC in patients with AIS” is lacking because of small sample sizes, different RIC procedures, and “heterogeneity of patients with varying extents of neurologic deficits.”

They therefore conducted a multicenter, randomized clinical trial to explore the efficacy of RIC in the treatment of acute moderate ischemic stroke. The trial included 1893 patients (mean age, 65 years; 66% men) at 55 hospitals in China. All were randomly assigned to receive guideline-based treatment plus adjunctive RIC for 10 to 14 days (n = 922) or only guideline-based treatment without RIC (n = 971).

Patients who received intravenous thrombolysis or other endovascular therapy or who had uncontrolled hypertension, any contraindication to RIC, or an etiology of cardiogenic embolism were excluded.

The primary endpoint was “excellent functional outcome” at 90 days, defined as a Modified Rankin Scale score of 0 to 1.

There were no significant between-group differences in secondary outcomes, such as early neurologic deterioration within 7 days, stroke-associated pneumonia within 12 days, stroke or other vascular events within 90 days, and death from any cause within 90 days.

They note several differences between their studies and previous research. “In this study, the target population had acute moderate ischemic stroke within 48 hours, whereas the specific population was less targeted in previous studies,” write the researchers.

It is “reasonable that targeted patients with stroke are most likely to benefit from neuroprotective therapy,” they add.

Previous studies also had relatively small sample sizes, while the current study was the largest randomized clinical trial of RIC treatment in AIS.

Additionally, treatment intensity in the current study was greater than in previous studies, “suggesting that longer duration of RIC may exert more neuroprotective effect,” the investigators write.

They also note several limitations. For example, the open-label design did not allow blinding; and data regarding physiotherapy and speech language therapy were not collected and therefore could not be analyzed for potential confounding.

Importantly, “confirmation of these findings is required, including in non-Chinese populations, given potential differences compared with other populations in body mass, comorbid factors, and patterns of cerebrovascular disease of patients with AIS,” the researchers write.

However, Hess, who is also professor and chairman in the Department of Neurology at Augusta University and a co-author of an accompanying editorial, said the results need to be confirmed in another large randomized clinical trial.

He noted the Danish RESIST trial should finish enrolling participants at the end of 2022, with results expected in late Spring 2023. RESIST is a pre-hospital trial in which RIC is initiated within 4 hours and involves a Danish population.

“If this trial also shows efficacy, that would strengthen recommendations to adopt RIC in stroke,” said Hess, who was not involved with the current study.

Hess called RIC “feasible and safe” and suggested that it could be applied in many patients with stroke throughout the world, including in community hospitals, and that it is also inexpensive.

Although he recommends waiting for results of the Danish RESIST trial before changing practice, he and his colleagues are “encouraged” by the current findings, Hess concluded.

Batya Swift Yasgur, MA, LSW, is a freelance writer with a counseling practice in Teaneck, NJ. She is a regular contributor to numerous medical publications, including Medscape and WebMD, and is the author of several consumer-oriented health books as well as Behind the Burqa: Our Lives in Afghanistan and How We Escaped to Freedom (the memoir of two brave Afghan sisters who told her their story).