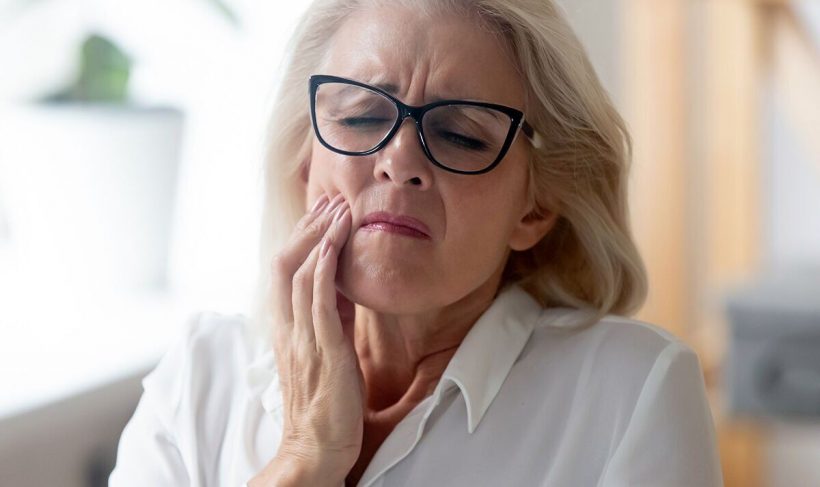 Many of us are aware that good oral hygiene is vital when it comes to keeping our teeth and mouths healthy. Without a good brushing routine we could be left with decaying teeth and gum disease. However, some issues in the mouth are actually a sign that something else is wrong.

He said: “The mouth is one of the most accessible areas of the body to examine and can be a gateway to diagnosing common ailments.

“The oral mucosa is sensitive to changes in the body and as such can aid us to diagnose illnesses.”

He warned of periodontitis, or periodontal disease, which is gum disease that can cause bleeding gums, swollen gums and even tooth loss.

While this is a condition in itself that is often caused by poor oral hygiene, it has also been linked to other – seemingly unrelated – diseases.

In this case, it could signal diabetes or bowel disease.

“Bleeding gums and bone loss around teeth is a common sign of periodontal disease,” Dr Parmar said. “However, this can also be a result of uncontrolled diabetes.

“Disorders of the bowel such as Crohn’s disease can also manifest in the mouth.

“If we think of the mouth as an extension of the digestive tract, diseases which affect the gut can also be seen in the mouth.

“Inflammation, irregular gums and ulceration are all associated with bowel disease.”

This was backed by research, published in the World Journal of Gastroenterology in 2016.

The study said: “There seems to be an increased prevalence of periodontal disease in patients with inflammatory bowel disease (IBD) when compared to healthy controls, probably due to changes in the oral microbiota and a higher inflammatory response.

“Moreover, the induction of periodontitis seems to result in gut dysbiosis and altered gut epithelial cell barrier function, which might contribute to the pathogenesis of IBD.”

Inflammatory bowel disease mainly refers to two conditions: ulcerative colitis and Crohn’s disease, and is not the same as irritable bowel syndrome.

Other common symptoms include:

If you think you have inflammatory bowel disease you should see your GP.

Diabetes UK experts added: “There is a link between diabetes and gum disease, each disease affecting the other, but we don’t exactly know why.

“Gum disease is a very common disease. But when you have diabetes, your risk is higher.

“It can cause loss of bone around your teeth and gum recession over time. This can lead to tooth loss, known as periodontitis.”

It warns that having gum disease can raise your blood sugar levels.