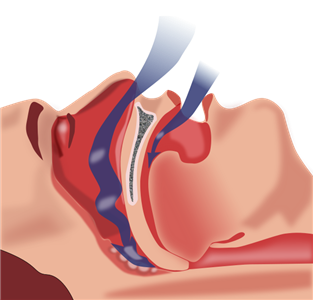 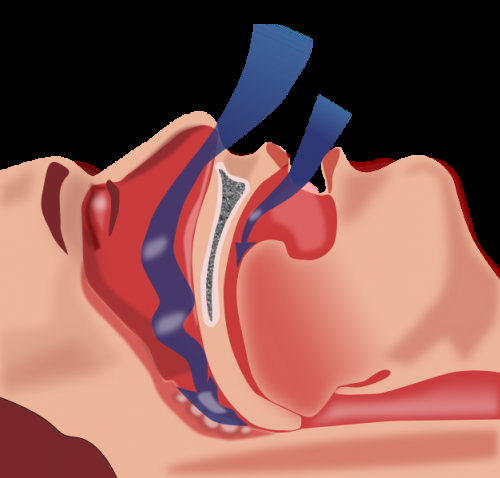 With a small snout, a short and curled tail, and a big, round stomach, mini pigs are the epitome of cute—and sometimes, they snore. Now, researchers think these snoring pigs can be used to study obstructive sleep apnea. A study appearing January 19 in the journal Heliyon found that obese Yucatan mini pigs do have naturally occurring sleep apnea and that MRI scans taken while they’re in sedated sleep can be used to gain new insights into what happens in the airways during sleep apnea episodes via computational flow dynamic (CFD) analysis.

“These are very fat pigs,” says first author Zi-Jun Liu, a research professor and principal investigator in the Department of Orthodontics at the University of Washington.

Because sleep apnea—a common obstruction of the airway that in humans causes someone to repeatedly wake up—currently has only a few cumbersome or invasive treatments, Liu and colleagues sought to better understand the mechanism behind the disease.

They looked at Yucatan mini pigs, two obese and three of normal weight, in part because they’re comparable in both airway structure and size to humans. These pigs might be “mini,” but they’re still 100 pounds at normal weight. The obese pigs are even heavier. “To give some context, normal human body mass index (BMI) range around 25-28, with obesity reached at over 30-35. In pigs, normal BMIs range from 30 to 35, with obesity reached over 50,” says Liu.

But even more importantly, obesity in mini pigs can actually cause them to get sleep apnea. In other animal models, like rats and rabbits, the researchers either have to make the animal gain weight to have sleep issues, which still wouldn’t confirm sleep apnea in the animal, or they block the airway to make unnaturally occurring sleep apnea. “That’s the most important finding,” says Liu. “This naturally occurring sleep apnea in these Yucatan mini pigs was validated.”

After sedating the subjects, Liu and colleagues observed multiple episodes of sleep apnea per hour in both obese pigs, while only one of the normal weight pigs displayed episodes. In natural sleep, only the obese mini pigs had sleep apnea episodes—and had as many as 35 per hour. While the researchers did not witness any episodes of snoring in the normal weight mini pigs, the obese pigs emitted a low, dinosaur-like snoring in both sedated and natural sleep.

Liu and colleagues also studied all five mini pigs in an MRI machine while they were in sedated sleep. Sleep apnea is known to be caused by anatomical restrictions of the nose and throat that cause stoppages of airflow, but the dynamics of how air flows through these passages and the mechanisms that cause the airflow to stop are not well understood. The researchers used the MRI scans they took to construct a 3-D replica of the pigs’ airways, finding that the obese pigs had significantly more narrowing in the throat and that there was a 25% increase in airflow velocity through these narrowest regions.

One of the researchers’ hypotheses was that the sleep apnea was caused by what’s known as “turbulence” in the airway. “You might be familiar with the term turbulence from when you ride an airplane. It’s air that’s circulated in just the local area, which of course on an airplane causes it to jump up and down,” says Liu. In the airways of the pigs, turbulence formation could be caused by a combination of an abrupt change in the shape of the airflow pathway and high airflow velocity—and the researchers hypothesized that it might be the reason that air stops flowing in sleep apnea. The findings from the pigs, however, showed that was not the case: despite the narrowing of the pharynx and the increase in airflow velocity, the researchers didn’t find any turbulence in the pigs’ airways.

Liu says that conducting this research came with numerous challenges. It required monitoring 150-200 pound obese mini pigs, with all the bells and whistles of human sleep monitoring: devices to monitor the air flow dynamics, the chest and abdomen movements, the brain and muscle activity, oxygen saturation, and more needed to be hooked up to the pigs at all times to get proper data.