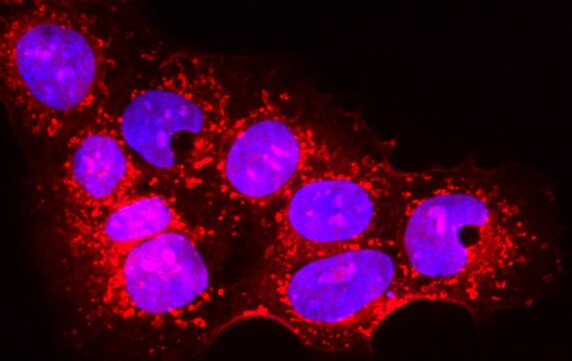 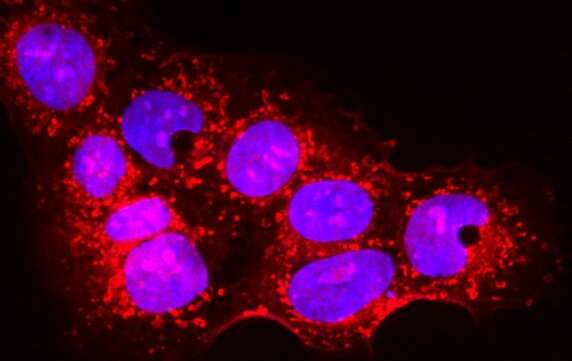 Preeclampsia is a condition that affects the placenta during pregnancy and is dangerous for both the fetus and the mother. Scientists from the Institut Pasteur, Inserm and the CNRS have proposed a new therapy, tested in two rodent models, that corrects the defects identified in placental cells, and restores placental and fetal weight. The treatment successfully lowers blood pressure in the mother and resolves the characteristic preeclampsia symptoms of excess protein in urine and cardiovascular abnormalities. The research was published on July 30 in the journal Redox Biology.

Preeclampsia is a placental dysfunction that affects approximately 2 to 8% of pregnant women worldwide. It can have fatal complications, with more than 50,000 maternal deaths each year and indirectly more than a million fetal or perinatal deaths worldwide. The primary symptoms of preeclampsia are arterial hypertension, proteinuria (increased levels of protein in the urine), abnormal coagulation in the placenta, cardiovascular abnormalities in the mother and fetal growth restriction.

Preeclampsia can also have long-term effects on the cardiovascular system, brain, liver and kidneys of the mother several years after pregnancy. The current first-line treatment for preeclampsia is limited and involves the preventive use of aspirin for at-risk patients. This treatment reduces the procoagulant state in the placenta and partly relieves pressure on the vascular network.

Preeclampsia is characterized by a defective placenta caused by trophoblast dysfunction. Trophoblasts are specific cells in the placenta that help organize and manage the vascular network, allowing the provision of oxygen, nutrients and other elements that are essential for fetal growth. At the molecular level, preeclampsia is characterized by an uncontrolled increase in oxidative stress, with excessive production of various reactive species including reactive oxygen and nitrogen species.

There is a genetic component: the first gene to be identified as being implicated in the genetic forms of preeclampsia was the STOX1 transcription factor, which controls the expression of thousands of genes, especially those involved in the production of nitric oxide (NO). In a transgenic mouse model, high accumulation of STOX1 in the placenta induced a preeclampsia-like syndrome.

NO is produced by a family of enzymes known as nitric oxide synthases (NOSs). Finding a way of restoring NO production in the placenta via NOSs could represent an effective new therapy to treat preeclampsia. A years-long collaboration between the team led by Dr. Daniel Vaiman (Institut Cochin, Inserm/CNRS/Université Paris Cité) and the team led by Dr. Miria Ricchetti (Department of Developmental & Stem Cell Biology, Institut Pasteur/CNRS) with Dr. Laurent Chatre, and more recently an American team from Mississippi, gave rise to a potential solution.

The scientists’ research was based on trophoblasts overexpressing STOX1 and on two rodent models of preeclampsia, one mimicking early-onset forms via placental overexpression of STOX1 and the other mimicking late-onset forms by partial occlusion of the lower abdominal aorta. The research revealed a cascade of events that ultimately led the scientists to propose a new therapy. Treating trophoblasts with BH4 (or tetrahydrobiopterin, a cofactor that stabilizes the NOS enzyme producing NO) corrected the defects identified in these cells, restoring production of NO rather than potentially toxic molecules.

More importantly, administering BH4 to the two preclinical rodent models restored placental and fetal weight. Finally, in the early-onset STOX1 preclinical model with significant arterial hypertension and proteinuria, the BH4 treatment corrected blood pressure, excess protein in urine, and cardiovascular abnormalities in the mother. The results even suggest that the treatment may be effective in addressing the long-term effects of preeclampsia on mothers (vascular abnormalities in the brain, kidneys, heart and liver).