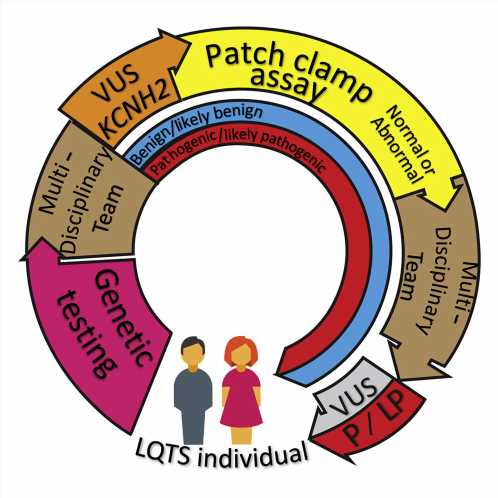 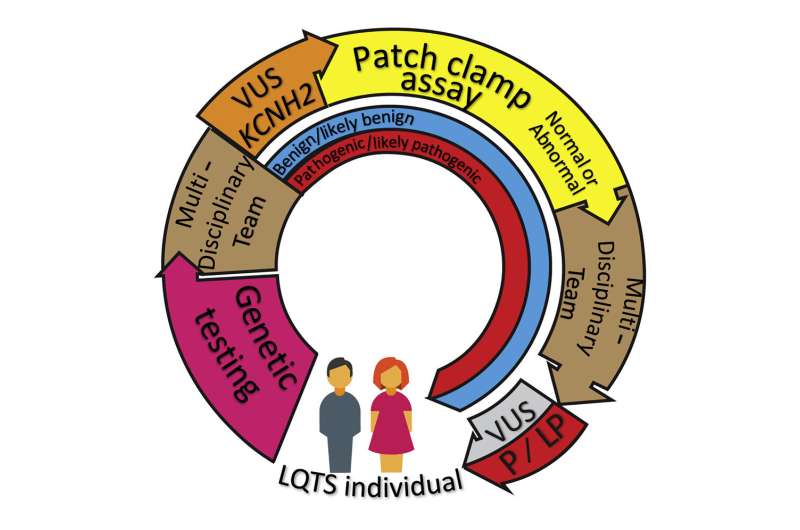 New research from the Victor Chang Cardiac Research Institute will allow families around the world to discover if they are carrying genetic mutations that cause sudden cardiac arrest—a condition that kills 9 out of 10 victims.

Researchers at the Institute have developed a new electrical test that can screen hundreds of gene mutations to pinpoint the exact mutations that are harmful to the heart for those suffering from inherited heart disorders syndromes, which can cause sudden death.

The breakthrough is a giant step forward in the accuracy and precision of genetic testing that has profound implications for not only inherited heart disorders but a wide range of neurological conditions, and muscle and kidney diseases.

Professor Jamie Vandenberg, who led the research published in two back-to-back papers in the American Journal of Human Genetics, says that “It’s primarily young people with otherwise healthy hearts that die from these inherited heart disorders and even though that number is small, the consequences are long-lasting.”

“When a person dies young, in the prime of their life, it’s a lot more than just the death of one individual. The impact is felt on the family and their friends and that lasts forever.”

Fellow author Dr. Chai-Ann Ng, of the Victor Chang Cardiac Research Institute, says that being able to identify these dangerous mutations will prevent people from dying from sudden cardiac arrest and ensure more people are treated for this life-threatening disorder.

“If you can isolate the mutation and identify those at risk, there are lifestyle changes people can make, as well as taking beta-blockers or even using a defibrillator. Family members can also get themselves tested too,” says Dr. Ng.

“Genetic sequencing has revealed that all of us contain a vast array of genetic variants, but we have not always been able to pinpoint if these variants are dangerous or not, only that they are different.”

“So when genes are currently tested, the clinical genetics lab may tell the patient, There’s a variant, but we don’t know whether it raises your risk of cardiac arrest. That creates a huge amount of anxiety not just for the patient but also for the rest of the family who may also have inherited the mutation. We can now remove that uncertainty which is a big development.”

Professor Vandenberg’s team investigated variants in genes that encode ion channels, which are proteins that control the movement of electrical signals between cells. The majority of genetic disorders that lead to an increased risk of sudden cardiac arrest are caused by these mutations.

Professor Vandenberg says that they “hope that within five years, as soon as anyone gets their gene testing done, or their genomes sequenced, they will immediately find out if their variant is dangerous.”

“It’s incredible to think we will be able to screen family members not just across Australia but anywhere in the world and give them a diagnosis. Ultimately, this genetic database will reduce the number of cardiac arrests and deaths caused by genetic disorders.”