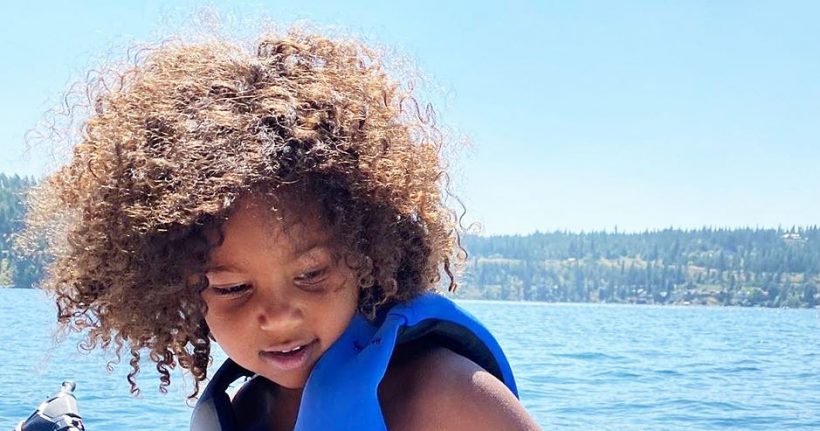 Sweet Saint! Kim Kardashian gave birth to her and Kanye West’s son in December 2015 and have been posting adorable pics of him ever since.

“He’s here!” the Keeping Up With the Kardashians star wrote on Twitter at the time, along with a photo of her and the rapper holding hands.

“Kim Kardashian West and Kanye West welcomed the arrival of their son this morning,” a statement on the reality star’s site read at the time. “Mother and son are doing well.”

His name was revealed two days later — but the KKW Beauty creator wouldn’t go on to reveal her son’s face for another two months.

“Today is my dad’s birthday,” the Selfish author wrote on Instagram in February 2016, along with a photo of Saint sleeping. “I know there’s nothing more in the world he would have wanted than to meet his grandchildren. So I wanted to share this pic of Saint with you all.” In the sweet shot, the newborn dozed in a white onesie with his arms stretched over his head.

The infant joined older sister, North, who was born in 2013. He became a big brother in 2018 when Kardashian and West welcomed their third child via surrogate, daughter Chicago.

After Us Weekly broke the news in January that she and the Grammy winner are expecting their second son via gestational carrier, Kardashian told Vogue that Saint was the most excited for baby No. 4. She went on to say, “I think North is too because Saint will have someone to play with instead of her.”

That’s because the reality star’s eldest hasn’t been a big fan of big sisterhood. “I thought it was a phase,” Kardashian said on Live With Kelly and Ryan in August 2017. “She does not like her brother. It’s so hard for me.”

Keep scrolling to see some of Saint’s sweetest moments from hitting the beach to hanging with his siblings.

In order to view the gallery, please allow Manage Cookies