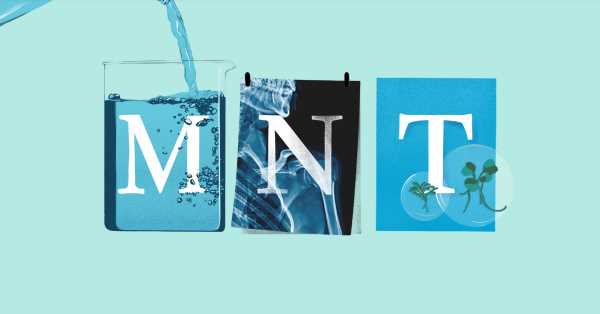 Depression impacts millions of people in the United States alone, but the disorder can be challenging to treat. Some people do not respond well to the typical medications or therapies doctors use to treat depression. So, experts are constantly researching new ways to help improve treatment options for people with depression.

A new​ study published in JAMA Psychiatry sought to examine how the use of ketamine could help people with treatment-resistant depression.

They found the use of ketamine helped some participants update negative beliefs. Updating these beliefs was further associated with a decline in depressive symptoms.

Depression is a psychiatric mood disorder. It can cause various symptoms, including persistent feelings of emptiness, hopelessness, or worthlessness. About 16 million adults are affected by depression each year.

Dr. Guochuan Emil Tsai, neuropsychiatry expert and CEO of the company SyneuRx, who was not involved in the study, explained to Medical News Today:

“Negative beliefs such as ‘I’m worthless,’ ‘I’m unlovable,’ or ‘I’m a failure’ are common symptoms of depression. When a patient begins to spiral into negative thinking, it can exacerbate depression, increasing a person’s negative beliefs. It becomes a vicious cycle that requires medication, psychotherapy, and strong support to break.”

The authors of this study note that people with depression can have negative views about themselves, the world around them, and the future.

People with depression can have negative expectations about the future, even when presented with evidence that doesn’t confirm these negative beliefs. In contrast, people without depression are more likely to update their beliefs when they receive positive information, which is called optimism bias.

Treatment for depression can involve a combination of medication and therapy. However, depression may persist for some people, or the person may not respond positively to certain medicines.

Research is ongoing about how to treat depression effectively. One area of interest is how ketamine, generally used as an anesthetic, could be used in treating depression.

Researchers in this study sought to look at how ketamine could influence negative beliefs among people with depression. It was an observational case-control study.

All participants worked through belief updating tasks. Researchers presented the participants with a variety of adverse life events and asked them to estimate their likelihood of experiencing these events in their lifetime. Then, participants received factual information about how likely these events are to occur in the general population.

The researchers found that participants with treatment-resistant depression had a greater ability to positively update certain beliefs after the ketamine treatment. This shift in belief updating was further associated with decreased depressive symptoms.

“We observed each patient before and after ketamine and found an early cognitive effect on beliefs about the future. Notably, patients started to show an optimism bias in belief updating 4 hours after [the] first, single infusion. At one week of treatment, the optimist bias in belief updating correlated to the clinical antidepressant effect.”
— Dr. Liane Schmidt, study author

L​imitations and areas for continued research

The study offered insight into how ketamine could be used to expand treatment options for people with depression. However, the study also had several limitations.

First, it was not a blind or randomized study, which can impact bias in study results. It also included a small sample size and only took place over a week, indicating the need for studies with larger sample sizes and longer follow-up times.

The research cannot confirm that the effects of ketamine are unique to people with treatment-resistant depression.

Participants also received their normal antidepressant treatment during the study. The researchers acknowledge that other antidepressants could also influence belief updating or work by influencing other functions. The authors encourage further research into the mechanisms underlying antidepressant medications and ketamine.

Overall, the results could open up new treatment strategies for some individuals with depression.

However, Dr. Tsai offered the following words of caution:

“Ketamine infusion is available but not commonly used. It’s usually reserved only for treatment-resistant depression and can only be done in facilities that offer IV infusion and can monitor patients. It would be similar to a dialysis center. Ketamine is also a Schedule III controlled substance with inherent risks.”

Study author Dr. Liane Schmidt was optimistic about the study’s findings and the possibility of new treatments in this area.

“These findings suggest that drug-enhanced (ketamine-enhanced) psychotherapy could be a good idea for the treatment of depression,” she told MNT.

“It means that ketamine kind of ‘opens the door’ for positive information to disconfirm the strong negative beliefs about the future that are part of the so-called cognitive triad of depression and maintain the disease. If this door opens, the patients might become more receptive to [suggestions] aimed at disconfirming their ruminations and, through it, fight the disease.”
— Dr. Liane Schmidt