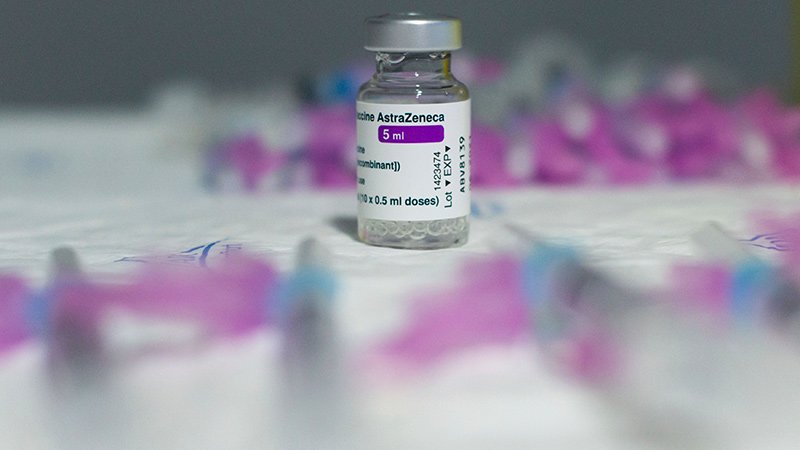 Amid ongoing concern about reports of thromboembolic events occurring in European Union (EU) residents who have received AstraZeneca’s COVID-19 vaccine, the executive director of the European Medicines Agency (EMA) said that the “benefit to risk ratio remains positive” for the vaccine, and that Europeans should continue to receive the vaccine for at least the time being.

But Emer Cooke, EMA’s executive director, also said during a press conference on March 16 that the agency’s detailed assessment of adverse events possibly associated with the vaccine remains in progress, and that a full report of the EMA findings will occur on March 18. The report will come from a specially assembled panel that includes representatives from all 27 EU countries, representatives of the general public, EMA staffers from the agency’s Pharmacovigilance and Epidemiology Department, and outside experts.

“There are serious concerns that need serious evaluation,” Cooke noted. “Trust in the safety and efficacy of the vaccine is paramount for us. We are worried that there may be an effect on uptake of the vaccine. Our job is to make sure that the vaccines are safe and can be trusted by European citizens.”

While the EMA panel is assessing safety reports on all COVID-19 vaccines now being used in EU countries, the AstraZeneca vaccine “is the focus,” she said. AstraZeneca developed this vaccine in collaboration with researchers at Oxford University.

Cooke’s comments came after several European governments and at least a dozen total countries worldwide had announced that they have stopped administering the AstraZeneca vaccine, according to an AP report on March 15, which up to now has been one of the pillars of Europe’s vaccination efforts. Roughly 17 million people in the EU and United Kingdom had received the AstraZeneca vaccine, according to a company statement released March 14. This cohort had generated 15 reported events of deep vein thrombosis and 22 reported episodes of pulmonary embolism. Cooke noted that the number of EU recipients of the AstraZeneca vaccine was “close to 5 million” as of about March 13.

The significance of these incidence numbers was put into perspective during the news conference by Peter Arlett, MD, head of EMA’s Pharmacovigilance and Epidemiology Department. “The number of reported [thromboembolism] cases is far lower than what you’d expect in the background population,” he stressed, though Cooke added that “the numbers continue to evolve as we speak.”

The review panel is assessing the underlying conditions of affected people to determine whether those could have contributed to their thromboembolic events, Arlett said. A small subset of the safety cases involved patients whose thromboembolism occurred coincident with thrombocytopenia.

The evidence so far appears to make it unlikely that any batch-specific problems are behind these episodes. “As we’ve seen events reported from across Europe with more batches involved it is unlikely to be batch-specific events, but we cannot rule that out,” Cooke said.