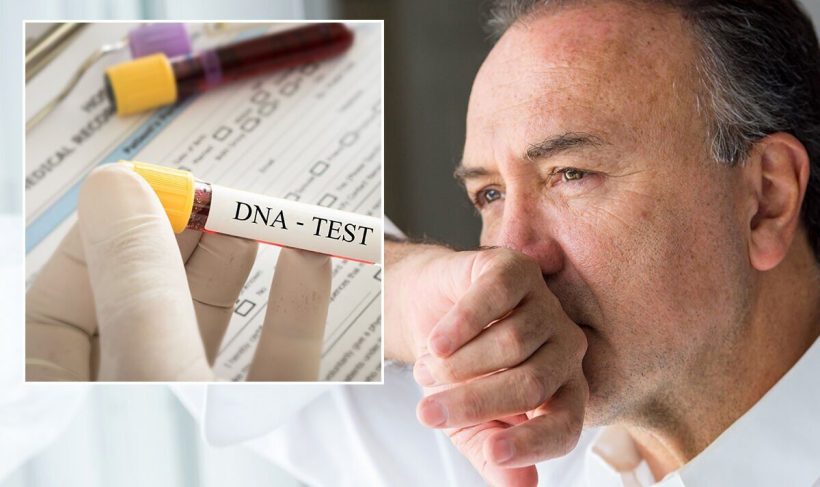 The revolutionary test will be used to help identify mutations in faulty genes that increase the risk of diseases, but can be managed through lifestyle and treatment. For example, patients with a gene linked to high cholesterol could be put on statins at a young age, while women with the BRCA breast cancer gene can be offered a preventative mastectomy.

The study, which first found that one in four people carry potentially harmful genetic mutations that can be picked up through a blood sample, has been developed by Professor Ros Eeles from the Institute of Cancer Research in London.

She went on to say that the test could be widely available within the next two years.

The test could save thousands of lives each year through the prevention and early diagnosis of potentially life-threatening health conditions.

Once implemented in GP surgeries across the country, it would make Britain a world leader in the use of wholegenome sequencing, a technique that maps out a person’s entire DNA.

Sajid Javid, the health secretary, said that the trial being presented at the American Society of Clinical Oncology conference in Chicago, demonstrated “genomics is changing the future”.

He said: “This study shows the potential for genome sequencing in enabling patients with life-changing diseases to receive early diagnoses just by visiting their GPs.”

Over the past two years Eeles and her team have worked with 102 healthy adults and screened them for 566 genes linked to diseases including the following:

Of these, one in four people had genes that cause disease, half of which were linked to cancer. One of these genes is the BRCA mutation, which is carried by celebrity Angelina Jolie.

Both the BRCA1 and BRCA2 genes have been found to impact a person’s chances of developing breast cancer, even though they normally play a big part in preventing the disease.

The National Breast Cancer Foundation explains that every human has both the BRCA1 and BRCA2 genes. They help repair DNA breaks that can lead to cancer and the uncontrolled growth of tumours. Because of this, the BRCA genes are known as “tumour suppressor” genes.

However, for some people, these “tumour suppression” genes do not work properly and instead lead to gene mutation. A small percentage of people carry mutated BRCA1 or BRCA2 genes. This usually occurs when the DNA that makes up the gene becomes damaged in some way.

One woman who took part in the trial chose to have surgery to get her ovaries removed as a preventative measure after being told she had a gene linked to ovarian cancer.

A further four in ten had genetic changes linked to difficulties tolerating medicines such as antibiotics, meaning they can be given alternatives to reduce side effects. Whilst others who had genes putting them at greater risk of cancers were being offered greater monitoring to spot the cancer early.

The innovative test does not just stop at cancer and heart-related disease. In fact, Eeles explained that routine screening could prevent couples planning a family from passing on genetic diseases.

This means that women who carry harmful mutations could undergo IVF and have embryos screened genetically, implanting those that did not have the mutation.

Currently the test costs £1,000 per patient, with the hopes that this cost will come down in due course. Although sounding like a substantial amount, Eeles added: “If you prevent someone having a cancer… we’re talking about £200,000 for two years of immunotherapy.”

The goal is for patients to be offered genomic screening when they register with a new GP and results could be stored on the NHS app. However, before this the next step is an “implementation study” involving 1,000 patients to see how the tool can be used at surgeries.

Eeles added: “When we translate this into the NHS we want a system that’s going to be as streamlined, fast and as cheap as possible. It’s definitely coming and the UK is the leading area in the world to integrate whole-genome sequencing into a national health system.”

Dr Michael Sandberg, a GP at 90 Sloane Street, which co-ordinated the research, said: “This study is pushing the boundaries of genomic screening by showing that it is feasible as part of GP care and has the potential to significantly improve people’s health.”

The NHS is increasingly using genetic data as part of patients’ treatment. A plan launched in 2019, said it wanted to be “the first national healthcare system to offer whole-genome sequencing as part of routine care”.