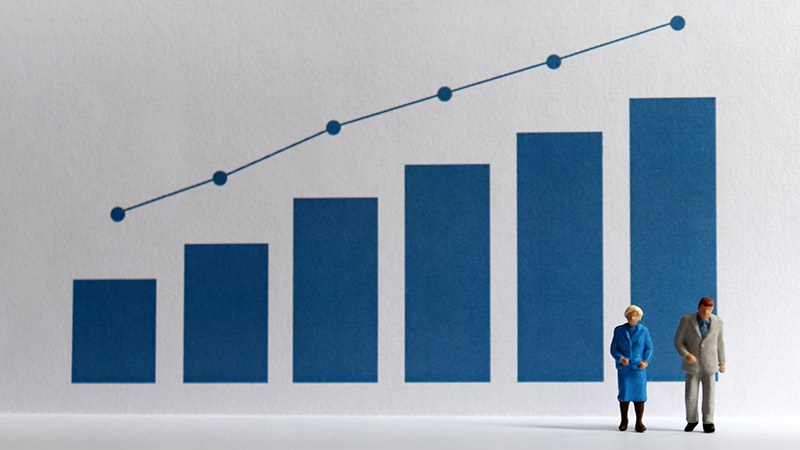 The study also identified five risk factors independently associated with death within a year of LAA closure. These were older age (over 78 years), low body mass index (below 23), renal dysfunction, prior diabetes, and prior heart failure. Patients with four or more of these risk factors had a risk of death within the first year of almost 50%.

“If a patient dies within a few months of the procedure then the benefit is questionable. Our study suggests that if patients have a high number of accompanying comorbidities and therefore a limited life expectancy, then this should make the interventionalist reconsider the procedure based on expected benefit,” he said.

The study was published in the September issue of JACC: Clinical Electrophysiology.

Rodés-Cabau explained that transcatheter LAA closure is a preventive procedure — to prevent stroke in patients with atrial fibrillation. At present, the procedure is generally performed in patients who cannot take oral anticoagulation because of a high bleeding risk, and these patients often have many other comorbidities.

“While the LAA closure procedure itself is very safe, we noticed that many patients were dying within the first year of the procedure. We wanted to look at factors that were associated with these deaths.”

The researchers analyzed data from a multinational registry including 807 consecutive patients who underwent LAA closure in eight centers from Europe and Canada in a 10-year period from 2009 to 2019. The patients had a mean age of 76 years and a mean CHA2DS2-VASc score of 4.5.

Results showed that early death (within 1 year of the procedure) occurred in 125 patients (15.5%).

“I believe it is reasonable to think that if a patient is going to live for less than a year then the likelihood of preventing many stroke events with LAA closure is very low. And we have to consider the cost-effectiveness of doing this procedure,” Rodés-Cabau said.

He pointed out that the same principle has been discussed with transcatheter atrial valve replacement (TAVR). “TAVR futility is now an accepted phenomenon in high-risk patients. We are suggesting that the same concept should be applied in LAA closure.”

Rodés-Cabau noted that at present LAA closure is generally performed in high-risk patients — those who cannot take long-term anticoagulation. But this may change in the future.

“Studies are underway comparing LAA closure to long-term NOAC [novel oral anticoagulant] therapy and if these studies favor LAA closure then this procedure may become much more common in lower risk patients in whom life expectancy will not be an issue. But for the present time, the LAA closure procedure is generally performed in high-risk patients who may have a limited [life] expectancy,” he commented.

Asked whether it would be reasonable to withhold this procedure in a patient with four or five of the risk factors identified, Rodés-Cabau said: “This is the million-dollar question.”

“This is the first study to look at factors associated with limited life expectancy after LAA closure. And although the study itself was quite large, the number of patients with four or more of these risk factors was quite small so these results need confirmation,” he said.

“With just this one study, I would say we cannot make definitive decisions at the moment, as this procedure can prevent strokes. But I think we can say this study highlights the importance of careful patient evaluation. Perhaps we should be asking a geriatrician for an evaluation of life expectancy. I don’t think this is done systematically at present.”

He added: “If a patient is in their mid-80s, with heart failure, renal dysfunction, and diabetes, I think we could consider whether it is worth performing an LAA closure. At the end of the day, it comes down to resources. If there was zero cost, then yes we could do the procedure in everyone, but unfortunately we have to consider costs.”

“Akin to other predictive models, the authors have provided easy-to-measure features that are statistically associated with early death. If validated in a prospective manner, this model could potentially aid in informed consent discussions for patients when considering LAAC [LAA closure],” they write.

But the editorialists point out some limitations. These include the fact that this was not a randomized trial, and there was great heterogeneity in patient referral, management, and unmeasured physician bias. In addition, the mortality rate was considerably higher than that seen in recent randomized trials of LAA closure, and 18% of the deaths were categorized as unknown. “Although mortality is not disputed, the etiology may help identify methods to alter outcomes and enhance patient assessment,” they suggest.

Savona and Daoud also stress that considering a procedure to be futile, even for high-risk patients, has broad implications. “When assessing the highest risk patients, the early death estimate is about 50%, which implies, of course, that the other 50% survive,” they note.

They say that care must be taken when labeling any aspect of medical care as futile until systematic data is available to specifically address potential patient benefit from LAA closure.

“The study ultimately shines light on the need for a holistic approach to patient procedural selection, as the majority of death was not cardiovascular or procedural,” they conclude. “Randomized prospective studies addressing the frailty of high-risk patient cohorts and the net clinical benefit and quality of life are needed to address the role of LAAC. Until such studies, consideration of LAAC procedure should be consistent with randomized clinical trials, consensus statements and careful consideration of individualized patient care.”