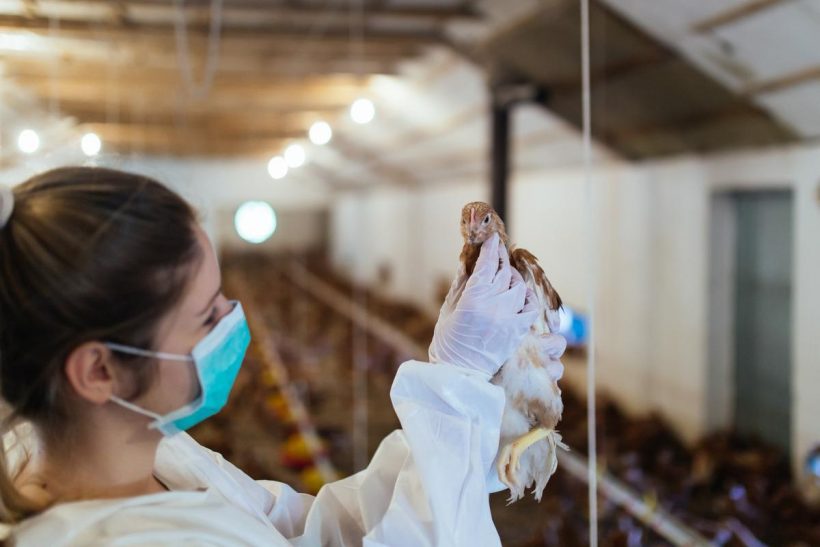 In a recent study published in the PLoS Pathogens journal, researchers assessed the impact of ecological variations of wild birds on avian influenza spillover.

Prediction of spillover from wildlife to domestic animals and humans is gaining importance, especially after the coronavirus disease 2019 (COVID-19) pandemic. Hence, it is essential to research the different transmission dynamics among avian reservoirs thoroughly.

In the present study, researchers investigated the contribution of avian hosts to viral spillover and global transmission to assess the spillover pathways at the interface of wild and domestic animals.

The team obtained samples from wild birds caught across North America from 2008 to 2018, generating 888 influenza samples. The collected samples were compared with the reference sequences corresponding to the three influenza subtypes, namely, H13, H16, and highly pathogenic avian influenza (HPAI) H5. Furthermore, the team developed the global phylogeography corresponding to the three subtypes using a trait model generated according to 11 geo clusters of the globe.

Furthermore, the samples deemed seropositive after ELISA were selected to assess cross-reactivity between viral strains and subtypes via hemagglutination inhibition (HI) assays. The degree of overlap and interaction between the H13 and H16 subtypes was estimated by quantifying the transitions of the polymerase basic protein 2 (PB2) gene segments among the subtypes.

The study results showed that the influenza hemagglutinin (HA) gene phylogeny had distinct evolutionary dynamics across the H13, H16, and HPAI H5 subtypes. Molecular dating of the subtypes found in gulls revealed that H16 has been persistent since 1969 and H13 since 1973. This indicated that H13 and H16 could have a similar time of origin. On the other hand, HPAI 5 has been persistent since 1996.

For the H13 subtype, viruses were from three main clades, while H16 viruses were found in only one dominant clade. The team noted that the evolutionary rate of H13 was 5.81 x 10−3 substitutions per site per year, while that of H16 was almost 4.61 x 10−3 substitutions per site per year. This suggested that the evolutionary characteristics of the subtypes could be different from each other even if they share the same avian reservoir host.

Phylogeography of the three subtypes showed that the H13 subtype originated mainly from the Mississippi-Atlantic flyway in the US, which acted as an H13 source for North Atlantic and South America, while the Black Sea-Mediterranean region in Eurasia was the source of H13 for East Asia and continental Europe. Moreover, H13 was found for 24.2% of its time in the Mississippi-Atlantic, 15.5% in the Black Sea-Mediterranean, 12.3% in continental Europe, 11.3% in South America’ and 10.3% in East Asia (10.3%). H13 subtype viruses spent the least time in Alaska and the Pacific-Central flyway in the US.

In the case of H16 subtypes, related viruses were found mainly in Northern Europe and the North Atlantic region. The team observed that Alaska was the source of H16 for regions in the southern parts of the Pacific and Central flyways of the US. Moreover, H16 spent 35.9% of its time in Northern Europe, 25.2% in continental Europe, and 16.0% in Alaska.

Serological testing of the Alaskan ducks and gulls displayed interaction between H16 and H13 subtypes resulting in antigenic cross-reactivity among the subtypes as per the geographic origins. This was noted as the sera obtained from Northern America against an H16 clade showed strong cross-reactivity with an H13 clade from South America.

Moreover, the sera against H13 samples from South America also identified an H13 clade that originated from East Asia and an H16 clade from the Atlantic-Mississippi area. This indicated that the antigenic overlap observed was responsible for the low number of H13 detected in South America. Altogether, this showed that host barriers exist between ducks and gulls, which can lead to increased susceptibility of immunologically naïve populations to antigenically different viruses.

Overall, the study findings showed the highly complex transmission of HPAI across different geographical areas and populations. The researchers believe that the present study can enable the advancement of global surveillance as well as the prediction of future outbreaks.

Bhavana Kunkalikar is a medical writer based in Goa, India. Her academic background is in Pharmaceutical sciences and she holds a Bachelor's degree in Pharmacy. Her educational background allowed her to foster an interest in anatomical and physiological sciences. Her college project work based on ‘The manifestations and causes of sickle cell anemia’ formed the stepping stone to a life-long fascination with human pathophysiology.