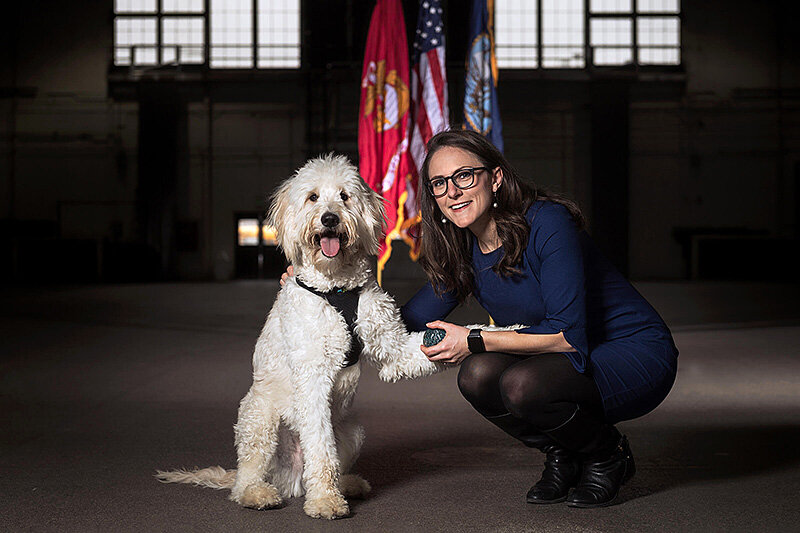 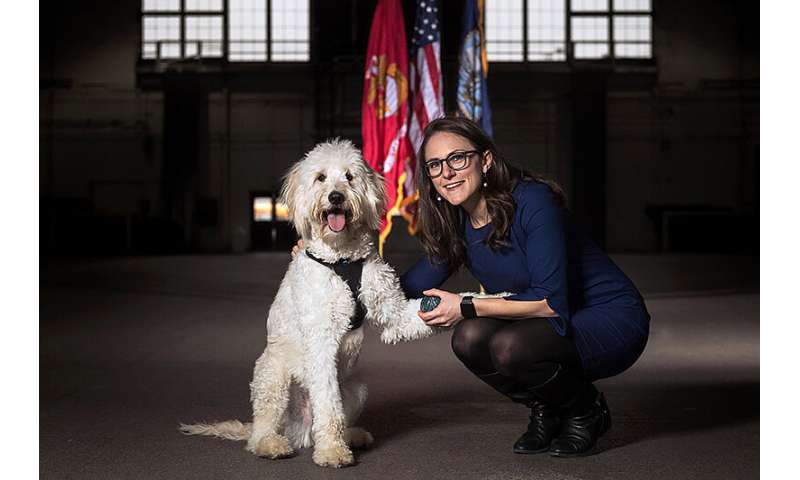 It’s not uncommon for veterans with post-traumatic stress disorder to wait years for a service dog because of lengthy waiting lists.

As these waiting lists continue to grow, a scientist at Purdue University continues to lead first-of-its-kind research revealing how exactly these dogs are helping veterans and the people around them—providing quantifiable data as they wait for a dog of their own.

Maggie O’Haire, an associate professor of human-animal interaction in the Purdue College of Veterinary Medicine, is revealing how service dogs can offer both physiological and behavioral benefits to veterans with PTSD.

“We continue to hear that service dogs are saving veterans’ lives,” O’Haire said. “Our research is intended to measure this. We see that the dogs are helping, but now the challenge is answering how exactly service dogs are helping and what to expect once you have one of them in your household. Service dogs for PTSD are not a cure, but for some veterans they can offer benefits that make PTSD symptoms easier to manage.”

O’Haire’s work provided scientific evidence of mental health benefits experienced by veterans with PTSD who have service dogs. The findings during that study also went beyond behavioral benefits and assessed cortisol levels because it is a biomarker in the stress response system, O’Haire says. For veterans with service dogs, their cortisol levels grew higher in the morning than those who were on the waiting list. Healthy adults without PTSD typically have rising cortisol levels in the morning as part of their response to waking up. O’Haire’s research has revealed that for veterans, having a service dog was also associated with less anger, less anxiety and better sleep.

O’Haire has continued to lead and publish additional research based on two further studies, including data collected from a large-scale clinical trial funded by National Institutes of Health, Merrick Pet Care, and the Petco Foundation that recently concluded after three years. The clinical trial consisted of studying veterans with and without service dogs over an extended period of time.

Here are some of O’Haire’s recent findings that address the different topics of a service dog’s most important tasks, how couples are affected, and replication of her initial data.

In preparation for the clinical trial, O’Haire co-led a study that showed what trained tasks service dogs perform the most often and which ones are most helpful to veterans with post-traumatic stress disorder. The study found that the task of disrupting episodes of anxiety ranked among the most important and most often used. Support for the work was provided by Merrick Pet Care.

O’Haire’s most recent work includes a study that shows for the first time how couples are affected by a veteran’s PTSD service dog. The study, published in Military Behavioral Health and led by O’Haire and graduate student Christine McCall, showed that service dogs may improve resilience and relationship satisfaction among some couples. The study also showed that service dogs may present challenges such as unwanted public attention, financial costs and lack of public awareness. Support for the work included Newman’s Own Foundation and Purdue’s College of Veterinary Medicine.

“We want to help families and spouses know what to expect from having a service dog in the household,” O’Haire said. “There are benefits and there are drawbacks. The reality is that this is a real, living creature that can create both beautiful and challenging moments for everyone in the home.”

Another recently published study that O’Haire led with graduate student Clare Jensen is a successful replication of O’Haire’s preliminary study—and also includes the largest sample size of veterans and service dogs to date. The work was published in the Journal of Traumatic Stress and was supported by Merrick Pet Care, Newman’s Own Foundation and Purdue’s College of Veterinary Medicine.

“There is a replication crisis in the field of psychology, where studies that identify a promising finding that happens only once, and then when researchers try to get the same results a second time, there are no significant outcomes,” O’Haire said. “This study is exciting and novel because we were able to successfully replicate our initial work demonstrating that service dogs are related to reduced PTSD symptomology.”

O’Haire and her research team will continue to analyze and learn from the data collected from the recently concluded clinical trial, which includes studying how veterans are partnering with their dogs and what trained tasks continue to be the most important.

“Our goal is to advance rigorous science instead of relying on intuition when it comes to how service dogs are helping veterans,” O’Haire said.

O’Haire also said the scope of her work goes beyond just informing veterans themselves.