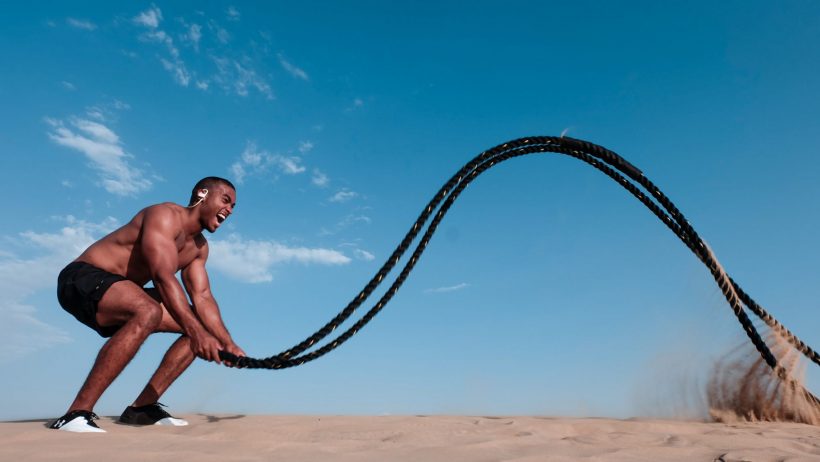 Queen’s “We Will Rock You,” “Eye of the Tiger” by Survivor, and Guns n’ Roses’ “Welcome to the Jungle” top the list of Americans' favorite workout songs of all time, according to a new study.

The survey of 2,000 Americans who exercise regularly identified the top 50 songs that respondents use as the soundtrack to their workouts.

Hip-hop (14 percent), pop (10 percent) and a “little bit of everything” (10 percent) topped respondents' favorite genres to exercise to.

Sixty-five percent of respondents, moreover, said they’d have “no motivation” to exercise without their workout music of choice.

Commissioned by RockMyRun and conducted by OnePoll, the survey examined the role music plays in motivation to exercise.

Survey respondents were also posed a hypothetical: if they could only workout to the music of one artist for the rest of their life, who would it be?

Workout karaoke also proved common, as many respondents were able to name a song that they couldn’t resist singing along to while workout out — even if they were out of breath.

Seven percent of respondents select their own songs while they’re working out, while 39 percent prefer to listen to a premade playlist created specifically for exercise.

To boost their mood (32 percent), to help them focus/get in “the zone” (31 percent) and as a distraction from the physical exertion (19 percent) were the reasons that best described why respondents listen to music while working out.

Feelings associated with listening to music while working out varied among respondents, but the most common ones included feeling active, energetic, motivated and focused.

By contrast, the most common feelings reported when working out without music included feeling bored, tired and lazy.

The right playlist can produce more than just motivation when it comes to exercising – as 68 percent of respondents even reported an increase in performance due to listening to music while working out.

But ads can be a mood killer, with 69 percent of respondents saying that ads interrupting their workout music kills their momentum.

Moreover, more than seven in 10 respondents said that when it comes to cardio, faster music motivates them more than slower music.

It seems that the right workout music also has the ability to transport listeners in a figurative sense, as 46 percent of respondents reported having once gotten so caught up in their workout music that they didn’t realize they had finished their routine.